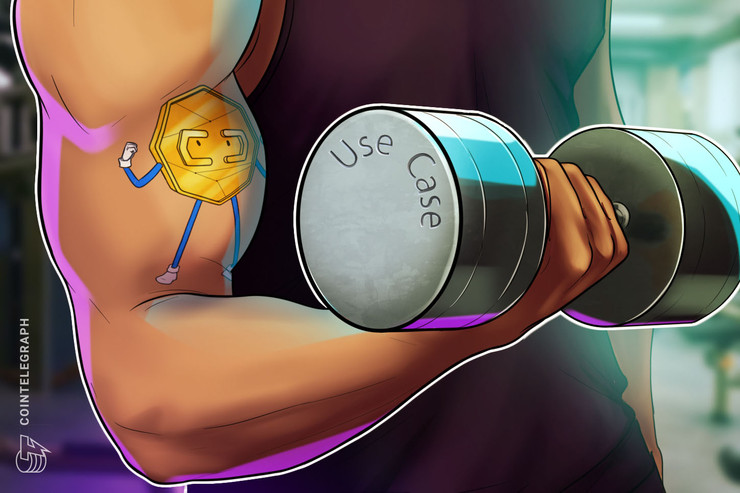 As Bitcoin enters its twelfth year, the past eleven offer a meaningful amount of time to identify key trends that have emerged around cryptocurrencies and blockchain technology. These trends provide insights that are helpful in projecting the future of the digital asset space and how it will take shape over the next decade.

In reflecting on the history of cryptocurrencies over their lifetime, there’s one pattern that immediately jumps out. Each successive wave of interest in the cryptocurrency space has been galvanized by new developments in the ecosystem. In particular, two significant catalysts were the rise of crypto exchanges and the initial coin offerings craze.

These days, crypto users are spoilt for choice when it comes to exchanges, so it’s easy to overlook the seismic impact that these platforms had when they first emerged. Although Bitcoin launched in January 2009, it was over a year before Bitcoin Market — the first cryptocurrency exchange — opened its doors in February 2010. Other exchanges swiftly followed, including the now infamous Mt.Gox. It took less than eleven months from the opening of Bitcoin Market for Bitcoin to achieve parity with the United States dollar.

Fast-forward to 2016, Ethereum unleashed its ERC-20 token standard to the world, which quickly evolved into the 2017/2018 ICO boom. Whether people loved it or loathed it, the ICO craze was probably the biggest moment in the industry’s history. Once tech entrepreneurs became aware of how easy it is to create their own token, the blockchain scene — and the price of Bitcoin — exploded.

Even before Bitcoin hit its peak price of $20,000 in December 2017, there was talk of the ICO bubble bursting. In a nascent sector where so many companies claim to offer a unique value proposition that is often a carbon-copy of its peers, it’s inevitable that many of them would eventually fizzle out.

However, the crypto sector is unusual in that the value of the underlying technology is often perceived in line with market capitalization. Once the crypto winter hit, it hit hard. Once the crypto winter hit, it hit hard. As the prices remained low from the beginning of 2018 all the way until the spring of 2019, the perceived value of blockchain also went down, along with the value of the vast majority of tokens that had been issued during the boom. One study reported that less than half of the projects were still active a mere five months after their token sales.

Since the 2018 crash, it’s become increasingly evident that hype alone cannot sustain the industry. The vast majority of firms that promised to “revolutionize” existing industries through the introduction of a token have failed, leading to criticisms that blockchain is “a solution in search of a problem.”

Despite the critics, Bitcoin and many altcoins have survived well. But what’s clear is that many of the initiatives that survived the crypto winter did so by keeping their promise and offering a real-world use case. There are several examples that illustrate this point well.

Related: What’s Next for the Industry as ‘Crypto Winter’ Thaws?

Supply chain was one sector where blockchain appeared to have a lot to offer, promising transparent proof of provenance from factory to end consumer. In mid-2019, Gartner reported that over 90% of blockchain-based supply chain projects were failing. This is allegedly because the technology was failing to live up to the hype.

However, there are several notable examples of multinational firms using blockchain in supply chain and logistics, indicating that the tech’s use case does indeed hold value. Maersk implemented its TradeLens blockchain solution in 2018, which now boasts 90 partners and was adopted by the Thai customs agency in August last year. Coca-Cola is another case in point, having expanded its pilot solution from two to 70 partners late last year.

Gaming is another example of a use case where blockchain is adding real value. In-game assets are big business, with the virtual goods market worth over $50 billion. However, without blockchain, the assets themselves have no underlying value and are under the control of the game developers and publishers. Non-fungible tokens may well be set to transform the gaming sector, enabling users to take full ownership of one-of-a-kind assets, as pioneered by games like CryptoKitties.

There are other applications in the gaming sector. Royalty payments have been an ongoing challenge, with Microsoft Xbox developers working to resolve payment delays of up to 45 days due to difficulties in manual calculations and distribution. The company partnered with Ernst & Young to develop an automated, blockchain-based solution for its royalty payments, creating a more efficient, streamlined process.

Related: Gaming Is Key to the Mass Adoption of Crypto

Ever since the 2008 financial crisis, it’s been virtually impossible to earn decent returns from good, old-fashioned savings accounts. Now, interest-earning accounts for cryptocurrency are opening up new avenues of passive income that doesn’t involve pure speculation on the volatile crypto markets or an active investment strategy.

One of the most popular ways is lending, allowing holders to deposit their funds on a loan platform so other users can take a loan, providing interest to the lender. However, staking offers another way of generating returns, where proof-of-stake blockchains distribute the equivalent of mining rewards to network participants.

Regardless of which lending solution crypto holders opt for, the returns are generally far higher than one would get from placing funds into a traditional bank savings account. Of course, the risks may also be more significant, depending on the type of investment and the chosen platform.

The original use case of Bitcoin was as a store of value, and it remains one of the biggest growth drivers today. Over recent years and throughout the crypto winter, citizens in countries including Venezuela, Argentina and Iran have turned to Bitcoin as a means of protecting their wealth from the effects of hyperinflation. Global or political events may also have an impact on the appeal of cryptocurrencies as a store of value.

The real-world use case of blockchain as a reprise from hyperinflation demonstrates the bridge being established between the emerging technology and a current economic problem.

Related: Is Bitcoin a Store of Value? Experts on BTC as Digital Gold

Despite the progress, there is still plenty of room for improvement. In particular, the barrier to entry for new users remains a major issue for the cryptocurrency space. Even now in 2020, owning digital currency often still means navigating unfamiliar technologies and platforms. This can be off-putting to the less technologically capable users, however, organizations such as Skrill are working to eliminate the barriers to entering the crypto space.

Reputation is a separate challenge. In 2019 alone, there were 12 high-profile attacks on exchanges. Scams are also still all too common. It’s an unfortunate reality that the biggest stories about crypto tend to be scandalous, and therefore make headlines in the mainstream media. For example, the BBC’s Missing Cryptoqueen podcast, covering the disappearance of OneCoin’s Dr. Ruja Ignatova, was a major viral hit.

The reality is that for many people uninitiated to cryptocurrency, stories like this will probably form the basis of their perceptions.

Building the reputation of crypto

None of this is to detract from the efforts of key players in the industry to establish a more reliable reputation for cryptocurrency. Coinbase has always worked hard to hold itself up as an example of how exchanges can operate in compliance with regulators. It was the second company to win the coveted New York Bitlicense, followed by others such as Xapo and Bitstamp. In the United Kingdom, Kraken Futures operates under the supervision of the U.K. Financial Conduct Authority.

However, the entry of existing reputable payment firms and banks into the crypto space is critical to increasing adoption among new crypto users. This serves several purposes.

Firstly, their entry creates a concrete link between the existing financial world and the new world of digital assets. As outlined above, creating a real-world bridge between any particular industry and blockchain is a proven recipe for success in the space of emerging technologies. Furthermore, reducing the barriers to entry for new users is critical if crypto is to attain widespread adoption.

A less tangible benefit — but one that is no less important — is to further bolster the reputability of cryptocurrencies among the uninitiated. This reputational problem can be solved by creating a bridge between established, trusted financial services and cryptocurrencies.

The eleven years since Bitcoin’s launch have been a rollercoaster ride for anyone involved in the space. But during that time, the token has grown from its cypherpunk roots to becoming a credible investment vehicle. Meanwhile, the potential of the underlying technology has only just started to make its mark on industry and the economy. Further removing the barriers to entry will go a long way toward allowing cryptocurrencies to settle into their niche among the existing financial infrastructure. Once that happens, widespread adoption should soon follow.

Lorenzo Pellegrino is the CEO of Skrill, Neteller and Income Access, at Paysafe Group. Prior to his current role, Lorenzo was the executive vice president for digital development at Optimal Payments plc from 2012 to 2015. Before joining Optimal Payments, he held executive level positions at Skrill (previously known as Moneybookers); first as vice president for sales and account management in the U.K., and then as vice president of business development in the U.S. Lorenzo earned his degree in public administration and international institutions management from Bocconi University, located in Milan. He also attended the University of Westminster in the U.K., where he completed a business English certificate and diploma, with a focus on marketing.

Uniswap analysis: UNI price can double based on a classic technical pattern
June gloom takes on a new meaning in another 2022 down month
CFTC brings $1.7B fraud case involving Bitcoin against South African national
Crypto’s ongoing crisis is an opportunity for realignment
What is a bull trap, and how to identify it?