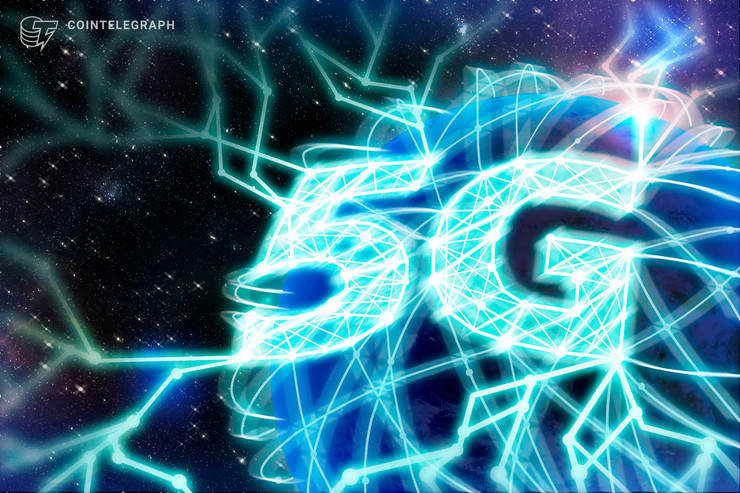 The biggest topic in the mobile industry over the last few years has been 5G. In an industry that has been starved for innovation in this interregnum between the launch of the iPhone and the full-scale integration of next-generation technologies like augmented reality, artificial intelligence and blockchain, the introduction of the 5G network has become a sort of catch-all for carriers and handset manufacturers to lean on as the promise of the future of innovation being just around the corner — a feature worth paying a premium for and upgrading that smartphone you bought just a year or two ago.

Related: The Implications of Fusing 5G and Blockchain

“5G [would] become broadly available across major metropolitan areas in 2020, then spread thoroughly throughout developing countries in 2021.”

While this year might be an important one for carriers and smartphone manufacturers to sell the latest model of the iPhone or Samsung Galaxy, the more crucial year for 5G might be 2021 when those networks aim to roll out their products to the developing world.

Amon has additionally said he expects mid-band 5G to spread into Peru, Nigeria, smaller European markets and developing countries in Asia, ranging from Cambodia to Sri Lanka. In terms of real-world practicality for 5G, this might be when the rubber really hits the road for the technology.

Despite all the promises of a sci-fi reality from self-driving cars to better AI-powered insights, the most immediate promise of 5G is how it might support the technology we already have in place: our mobile phones. Aside from moonshots in automation or artificial intelligence, or more practical use cases like better on-the-fly computer graphics and video processing, 5G’s biggest advantage will be the exponential improvements it makes to the mini-computers we already have in our pockets and how they talk with each other on these networks. In the developing world especially, 5G could be the most ground-breaking of game-changers.

Related: 2019 to 2020: The Insiders, Outsiders and Experimenters in Crypto Regulation, Part 2

When 5G does finally enter the developing world, it will be most useful in servicing what will probably remain a limited infrastructure. Perhaps the most important thing? The future of payments.

Just look at the impact of something like M-Pesa in Kenya. Launched in 2007, M-Pesa is a robust and diverse mobile money transfer service that allows users to pay for a variety of services through technology that is compatible with feature phones. M-Pesa is so ubiquitous that 96% of Kenyan households have at least one M-Pesa user. The technology has also helped many Kenyans living in extreme poverty move above the poverty line, with rural households increasing their incomes by as much as 30%.

M-Pesa was able to become so successful and widely spread in Kenya due to a number of factors, including strong marketing, relaxed regulation and the lack of other viable options. Perhaps the strongest of all was that tautological commandment of the “viral” — as M-Pesa became more popular, it became, well, more popular.

There’s no reason to think the process can’t repeat itself across the world in the 2020s, but it will require 5G to get those robust, localized networks running, along with improved front-end interfaces across a variety of mobile experiences to support those networks.

On the front end, it’s hard to argue with SMS and text as an interface in the developing world, even as messaging apps like WhatsApp are gaining steam in popularity. SMS has decades worth of familiarity to billions of users, grandfathered in with the earliest cell phones, but it is still quick and nimble enough to work on modern networks without a huge data load. It can also easily, securely, quickly and safely pay merchants, buy goods or services, and make deposits or send remittances. It offers the holy grail of digital banking, especially for the world’s nearly two billion unbanked: Your identity, and the associated number, can work as both bank and clearinghouse.

On the back end, 5G and blockchain offer the promise of a potent combination. Blockchain can secure mobile banking networks that will have to secure transactions on a very granular level, while 5G itself will make sure these complex networks don’t strain under the weight of blockchains.

If crypto networks can deliver payments solutions to these populations, it will be a major stride forward for both the unbanked and underbanked. This evolution in banking could be the first step in additional needed changes for the developing world, such as providing better and more reliable access to electricity and high-speed internet, reducing the high fees associated with transactions and remittance payments, and limiting government corruption and general economic volatility.

If that’s all 5G ends up doing, it may be a greater leap forward than what has already been envisioned and promised by all those in the mobile industry.

Richard Dennis is the founder and CEO of TemTum, the efficient, quantum-secure, ultra-fast and environmentally friendly cryptocurrency. He is a globally recognized cybersecurity and cryptography expert and one of the world’s leading lecturers on secure networks, blockchain and encryption.