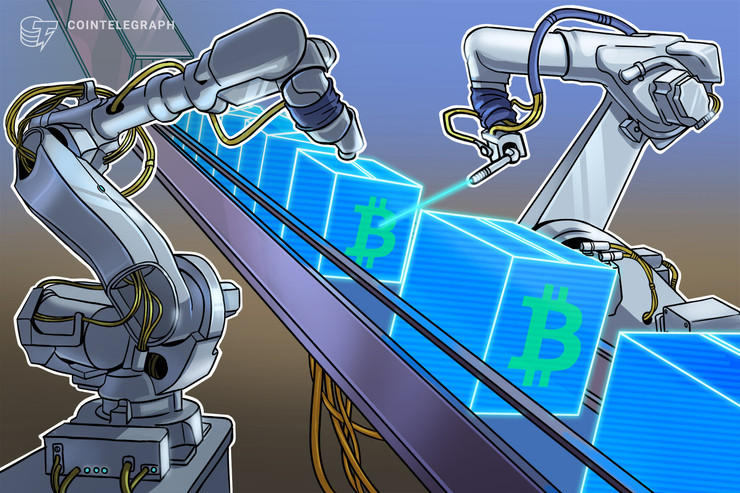 The Bitcoin Cash (BCH) blockchain has seen no new block for five hours earlier today. However, due to low usage, the transaction backlog was cleared without difficulty and normal activity resumed.

Data available on advanced blockchain explorer Blockchair show that BCH block number 620025 was mined at 2:14 on Jan. 30. The next block, number 620026, was found at 7:33 of the same day with 6,950 transactions in 2.33 megabytes, an unusually high number. The following block carried 1,590 transactions in 0.56 megabytes, after which another block has seen a standard amount of about 100 transactions, with regular activity resuming.

For comparison, according to Blockchain.com data, a Bitcoin (BTC) block on average carries about 2,000 transactions. Blockchair shows that Bitcoin Cash, on the other hand, usually sees up to 500 transactions in a single block.

This data means that Bitcoin Cash — which has an average block time of 10 minutes — has seen no new blocks for 5 hours and 19 minutes. Twitter user Whale Panda, a cryptocurrency enthusiast well known by the crypt community, pointed out earlier today that the number of transactions in the block makes it apparent how little use Bitcoin Cash sees:

“BCH has so few transactions that after 5.5 hours of no block it still only fills up 2.3MB.”

Cointelegraph has been unable to determine why the mining anomaly above took place. Slower than usual blocks occasionally happen on the Bitcoin blockchain as well, as shown by occasional reports on the matter.

Earlier this week, the Bitcoin blockchain saw a stale block that was later pushed out of the main blockchain and resulted in a double-spend of about $3. The research arm of cryptocurrency exchange BitMEX explained on Jan. 27 that this is unlikely to be the result of a malicious attack given the low value involved.

Such an event is the opposite of a slow block, since it sees two blocks being discovered very near each other in time, resulting in the need for the community to choose one of the two. Such occurrences are also the reason why transactions are considered completely confirmed only after six blocks on the blockchain include them and not just one.

Proof-of-work blockchains, due to the variety of their users and the random nature of the mining process, often show rare events recognized as occasional anomalies. For instance, in mid-November, Bitcoin’s blockchain mempool was at its highest level since January last year without the expected accompanying spike in transaction number.

Another notorious case of an anomalous Bitcoin block is block number #528249, which had a hash that is very unlikely for a miner to compute. More precisely, it was found that there is about a 0.4699% chance of this block hash being discovered.