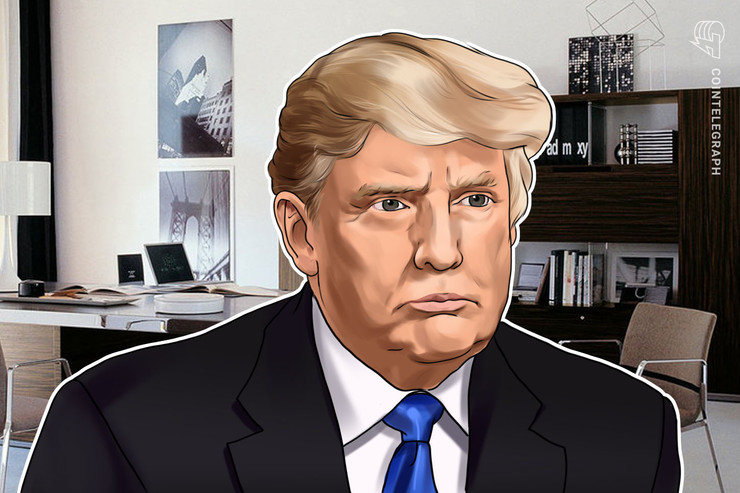 Dubbed TRUMP-2020 (TRUMP), FTX announced on Feb. 5 that the contract expires to $1 if Donald Trump wins the 2020 US presidential general election, and $0 if otherwise.

The launch of TRUMP coincides with a fresh poll from Gallup this week, suggesting that the President’s job approval rating has risen to 49% — his highest in any Gallup polling since he took office in 2017.

Among Republicans, moreover, his approval rating is up six percentage points since early January and is now three points higher than his previous best.

The poll was conducted on Jan. 16-29 in the midst of the Senate impeachment trial — which has since resulted in the president’s acquittal.

How to trade TRUMP

As FTX outlines, setting interest rates, fees, inefficiency, spread aside, the price of one TRUMP contract should equal the probability that Trump is reelected: i.e. a 52% likelihood would mean the contract should theoretically trade at $0.52.

All risk calculations on the contract are based on a “risk price” of $5 per contract, with the following required margins for one TRUMP:

With the election scheduled for Nov. 3, 2020, FTX says it will settle the contract once all the major media outlets have unanimously projected a candidate as the winner — without necessarily waiting for the official vote tallies on a state-by-state basis to be fully concluded.

Notably, trading on FTX is not open to U.S. residents, nor to those in the E.U., U.K, Hong Kong, Singapore and other barred jurisdictions.

Aside from being subject to market speculation, Trump’s interactions with the crypto community have until now been fractious: he notoriously scathingly opposed both Bitcoin (BTC) and Libra via his favorite medium, Twitter, in summer 2019.

Yet this too, provided some fuel for traders, with many in the industry thanking him for the “no news is bad news” publicity for cryptocurrency, or “Trump bump.”