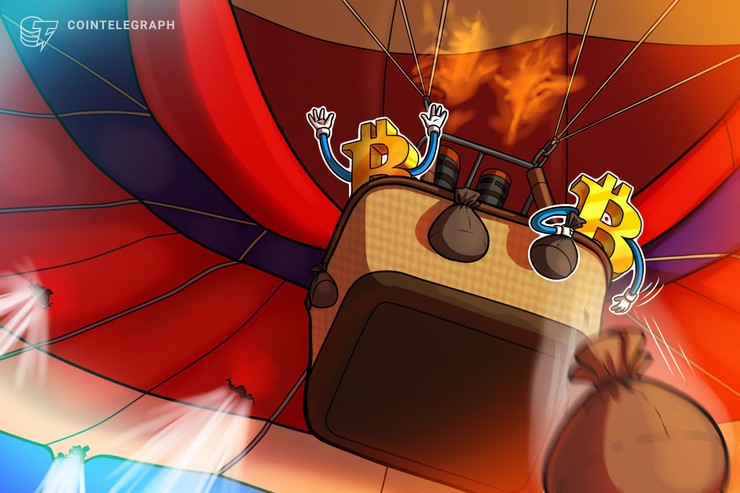 Bitcoin (BTC) price was unable to hold the psychological barrier of $10,000 and couldn’t break through the resistance of $10,400. This rejection caused a corrective move to $9,450, leaving a $400 CME gap behind. Following Bitcoin’s severe correction, many altcoins also retraced more than 10% over the weekend.

But does this mean the bullish momentum is over? 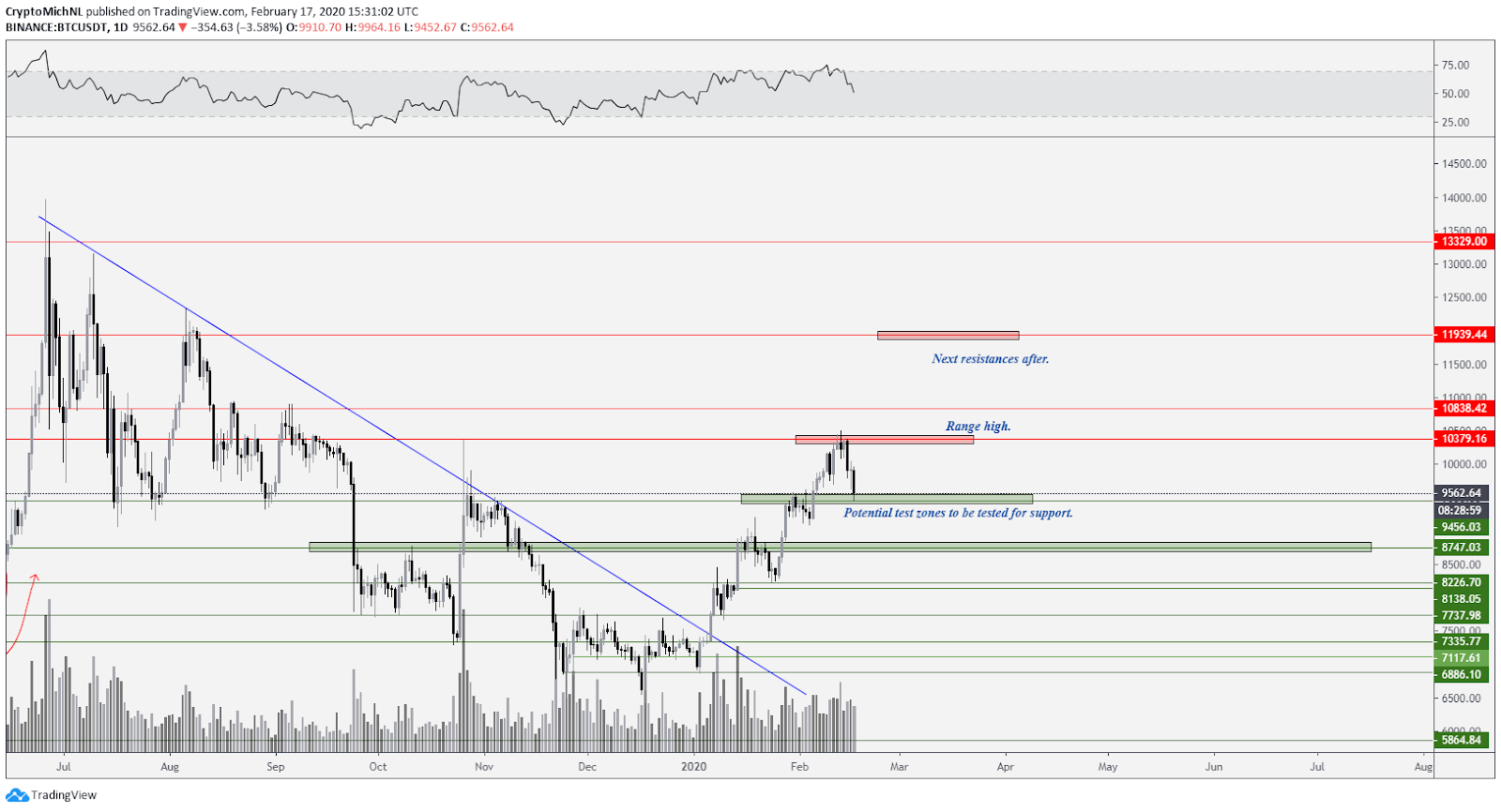 The price of Bitcoin couldn’t break through the resistance of $10,400 and therefore retraced towards the next major support area, which is found at $9,500. As discussed in a previous analysis, a retracement is still very healthy for the market. Bitcoin alone managed to surge from $6,900 to $10,400 in the past six weeks, which usually means a correction is on the horizon.

The overall structure is still intact, as the price is still making higher highs and higher lows. However, it’s essential to keep this $9,400-9,500 range as support. A drop further down would cause a higher low structure to be invalidated, which means that further downward momentum is warranted. 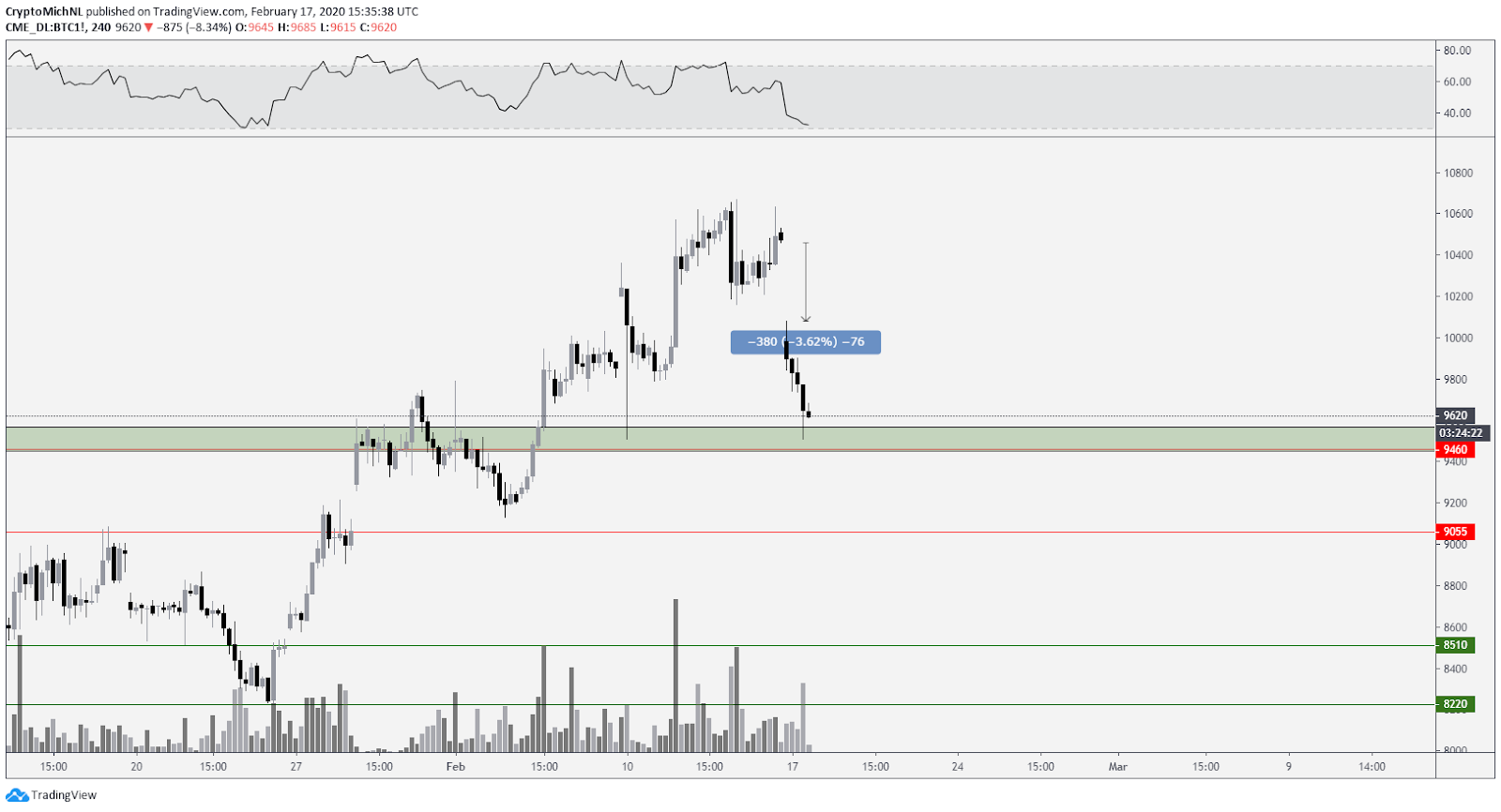 The CME chart is showing a $400 gap. These gaps occur during weekends when the CME trading is closed. The market has a standard narrative that these gaps need to close before the price can continue moving, which essentially means that the Bitcoin price can surge back up towards $10,400.

There’s never a certainty that these gaps fill and the chart is still providing a few open gaps at this point as there’s also a gap at $11,800 still open and another on the lower levels as well. 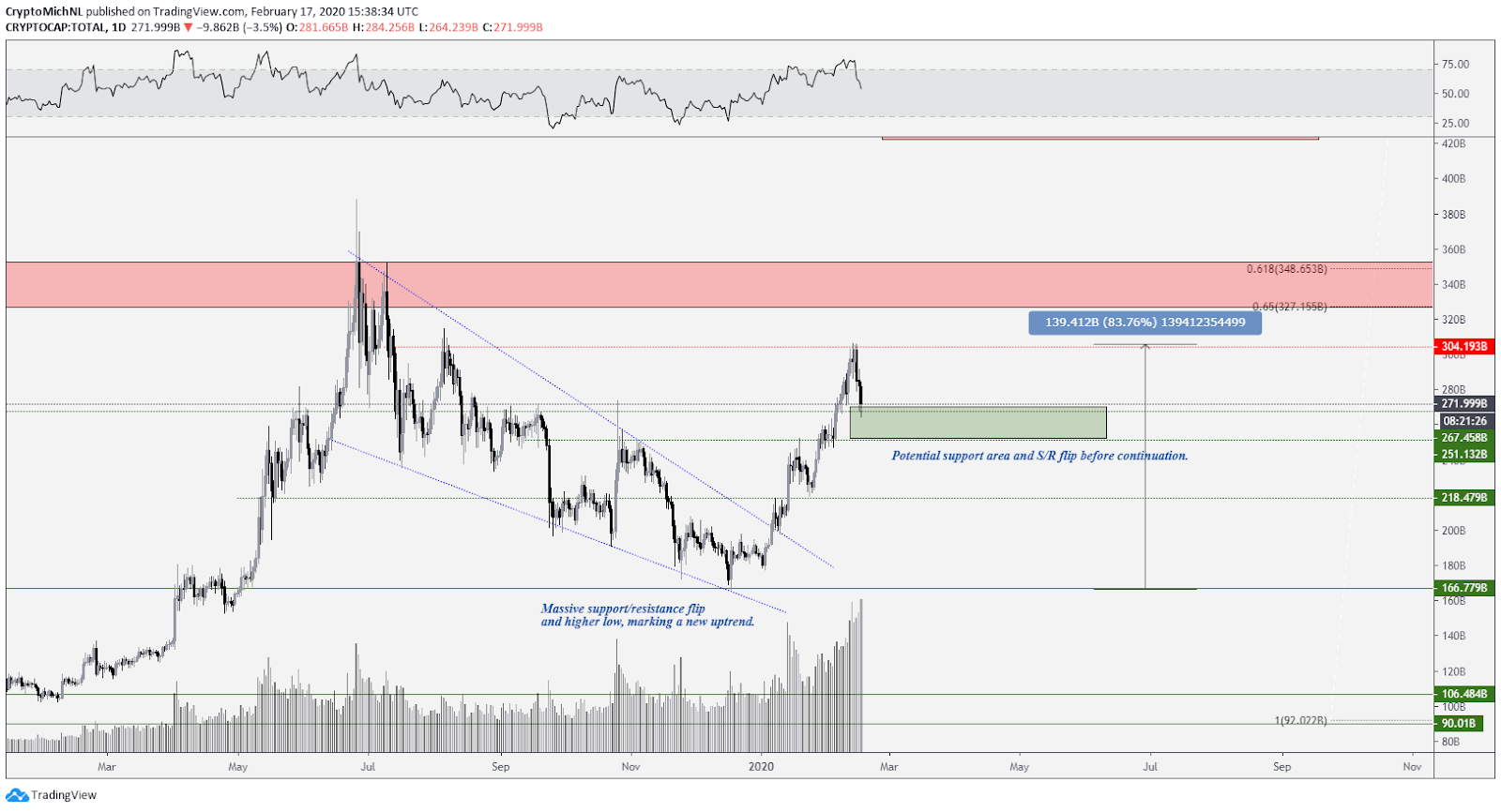 That’s still not a bad sign for the overall momentum of the market. The 2019 rally shows that there are corrective movements along the way, which usually present “buy the dip” opportunities. 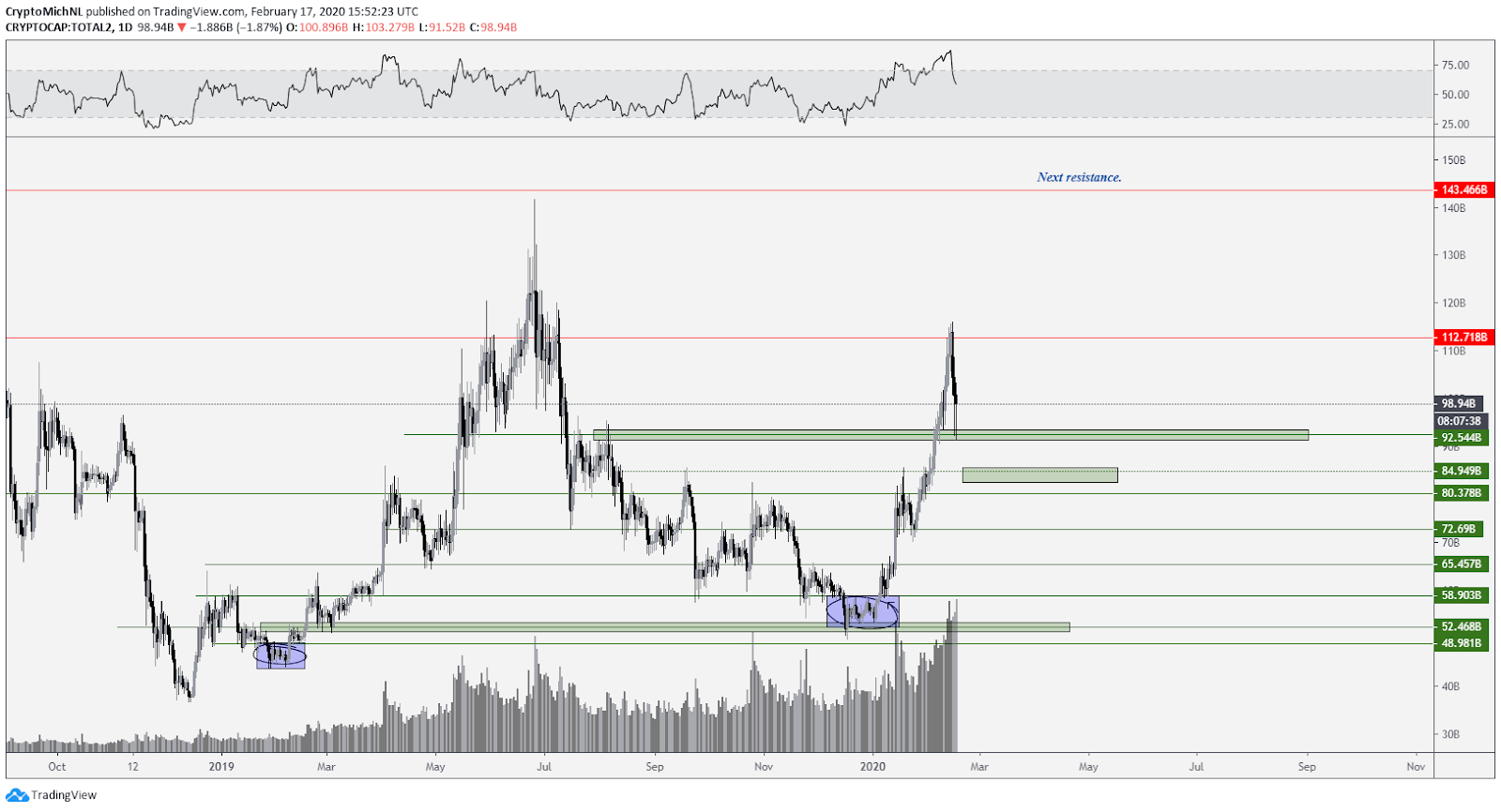 Why would this be the case? Altcoins pulled back harder than Bitcoin yesterday. However, they are also bouncing back stronger today than Bitcoin. This implies that there’s a temporary positive correlation.

The $112 billion levels are the last big hurdle before $140-145 billion can be tested for the altcoins. However, this resistance could not be broken all at once, which means some support had to be found. This support is currently found at $92 billion and the daily chart already shows a 10% bounce since then, implying that buyers stepped in. 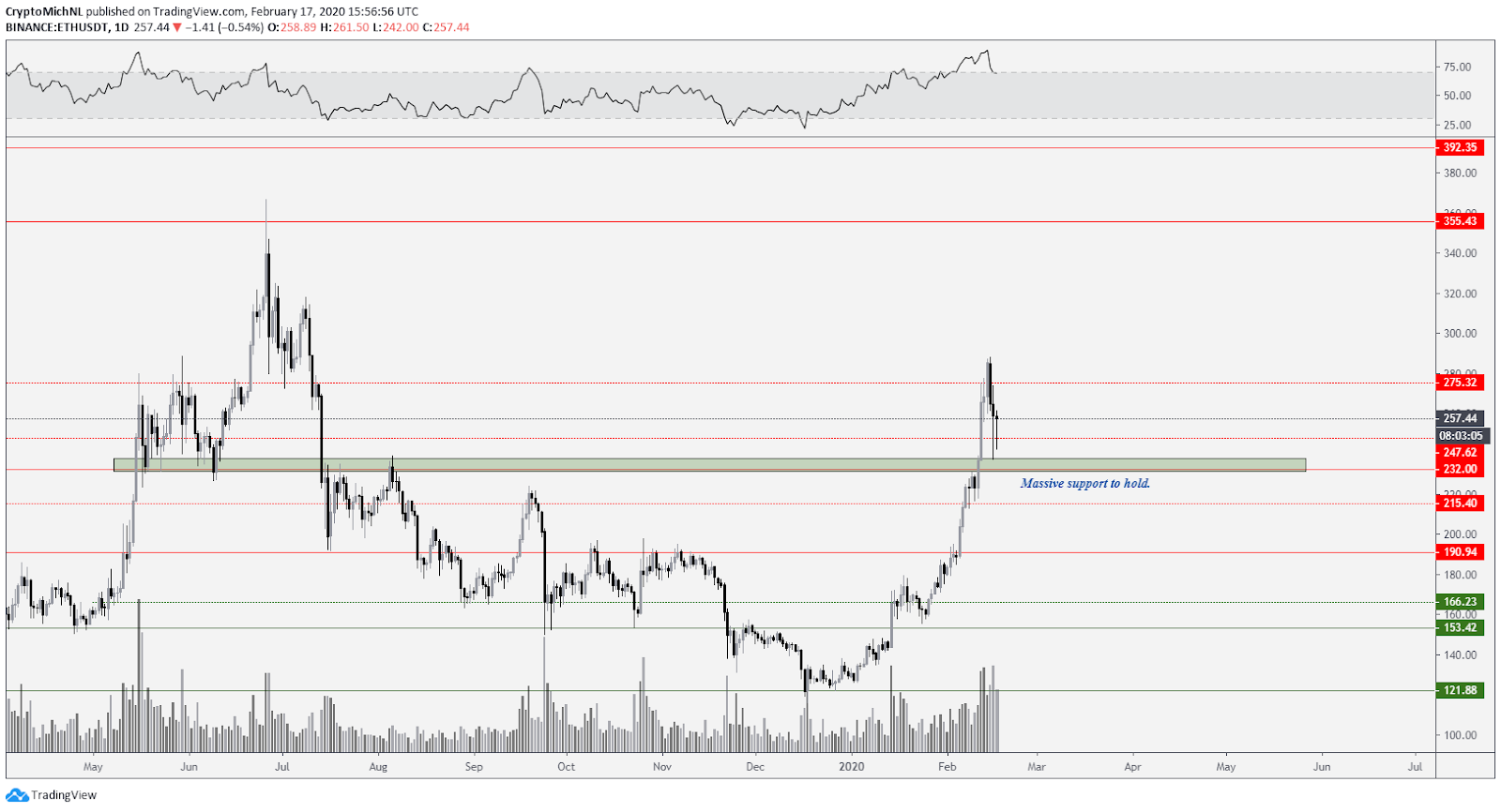 Ether (ETH) is showing more strength than Bitcoin recently, as it gained 135% since the low at $121.

To date, Ether has surged more than Bitcoin in 2020 and today’s bounce also implies that buyers are still willing to step into the altcoin. The retest of the $230-235 level is also a sign of strength as the price of Ether is now making higher lows. These higher lows imply that an uptrend is still going on.

This level is a crucial area and if the price fails to hold this level, further downward continuation towards $190 is possible. However, maintaining the $230-$235 area could generate traction towards $280 and possibly $360.

The bullish scenario is relatively straightforward at this point. The price of Bitcoin needs to hold the $9,400-9,450 area as support, which would confirm a new higher low and continuation. 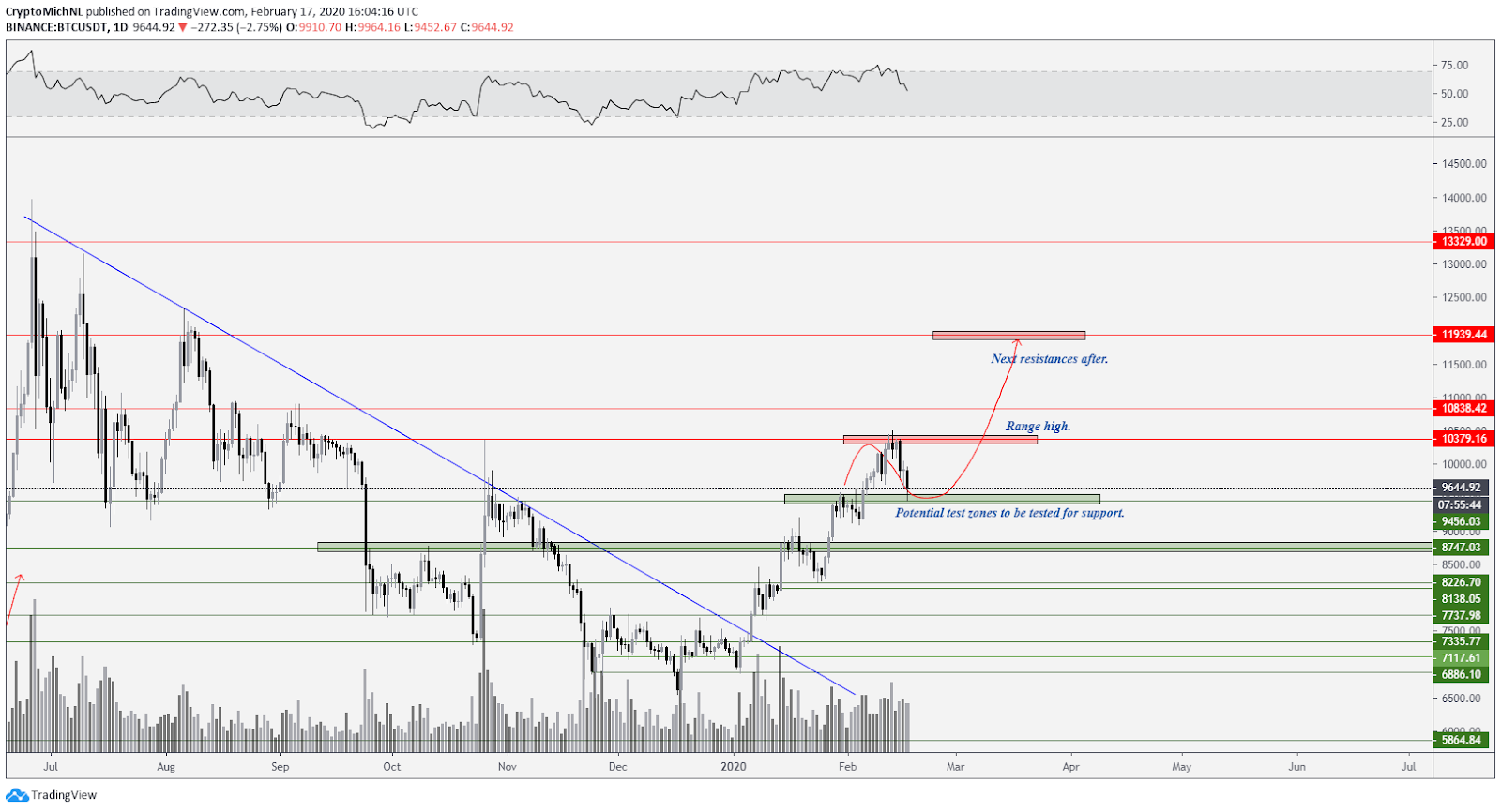 If this area remains support, continuation towards the upward targets is likely to occur. Another argument stipulates that the CME gaps be closed. The CME chart provides two gaps on the upside currently: one at $10,400 and another at $11,800. 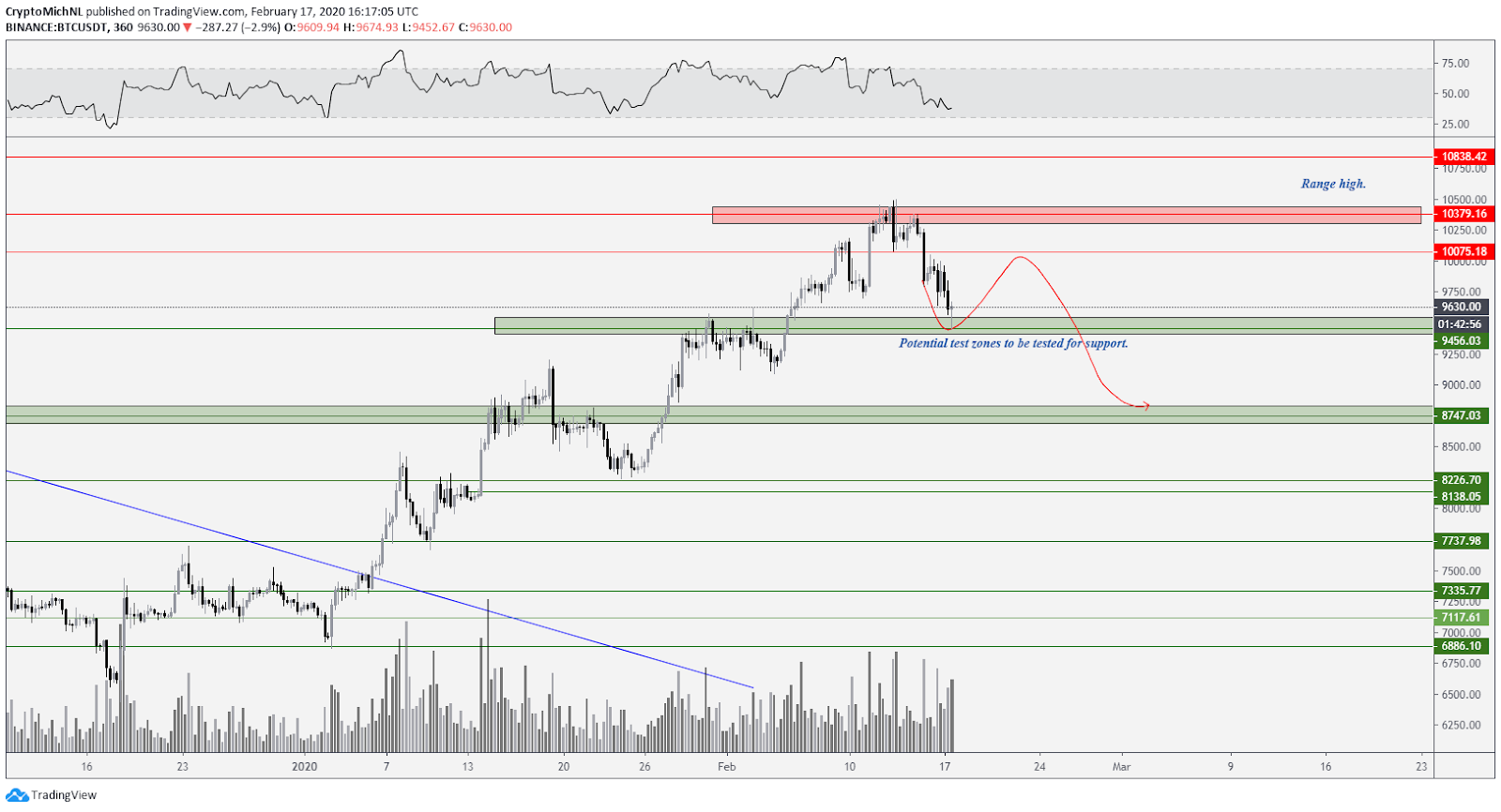 The bearish scenario is still valid as well. In order for it to continue, a bearish retest at the $9,900-10,000 is what needs to occur. This is usually called a “dead cat bounce,” which implies that there are not enough buyers to push the price further up and to create a new higher high.

If such a weak bounce occurs, downward continuation is likely to occur, which makes me target the $8,750 as the next support zone.

However, this would leave the CME gaps behind and would diminish the current structure of the market. The halving is still coming up in about three months, which usually tends to give a rally beforehand.

5 years of the ‘Top 10 Cryptos’ experiment and the lessons learned
Bitcoin holds $19K, but volatility expected as Friday’s $2.2B BTC options expiry approaches
Is the bottom in? Crypto community shares their thoughts
Market manipulation claims will be hardest ‘nut to crack’ in Bitcoin ETF approval — WisdomTree
Cardano bulls run out of steam after Vasil hard fork — 40% ADA price crash in play