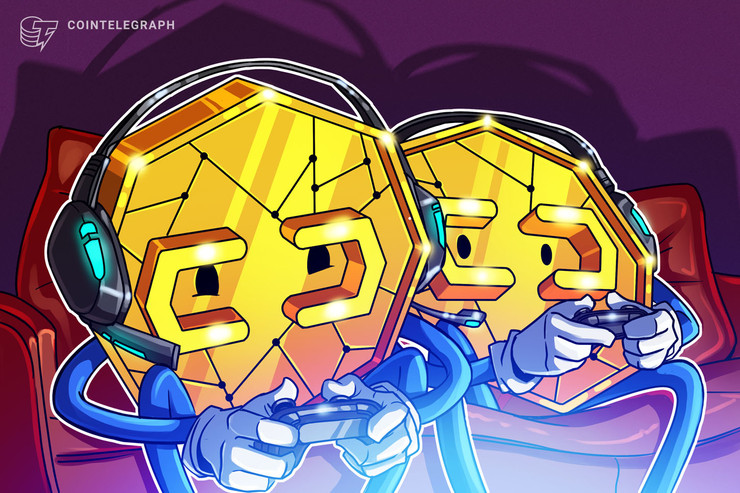 Since the release of a game called CryptoKitties in November 2017, the concept of nonfungible tokens has been rooted in the minds of developers and crypto investors alike. The year 2019 was groundbreaking, with large, multinational companies beginning to draw attention to the new sector of digital assets and develop their own projects. In 2020, however, new games backed by different technologies are starting to emerge. So, what does 2020 hold for crypto games?

Tokens that cannot be changed

There are a lot of fungible tokens that the crypto community uses every day, like Monero (XMR) and so on. An excellent example of such tokens is the well-known standard, ERC-20, which emerged back in 2015. Their interchangeability is mainly used in cryptocurrencies, but also in initial coin offerings. In addition to fungible currencies, tokens can be used in gaming — for example, to buy equipment or weapons — that is, they can be used for anything that does not require uniqueness and that can be exchanged.

Then comes the need to make tokens unique. Imagine that a gamer has spent 100 hours to get a very rare artifact in a game, but upon receiving the item, realizes there is no way to trade or exchange it. So, the time spent obtaining it is wasted. To prevent this, special tokens have come to the rescue, which turn a valuable weapon in the game into a unique, one-off asset that can be exchanged or sold. Nonfungible tokens, or NFTs, are not interchangeable, as there is only one of each of them in the world. The most popular standard for such tokens is ERC-721.

The ERC-721 standard has become popular due to its convenience. It defines the minimum interface required by a smart contract to be comparable to the management, ownership and sale of unique tokens. One of the cases of using this sort of token is for game characters.

NFTs gained their popularity thanks to the well-known game CryptoKitties, which assigns tokens to each unique cat, the data of which is written into the tokens’ metadata. This data cannot be changed. The cats can have different coat colors, different eyes and accessories, and other features.

In Gods Unchained, a card game where each card is backed by a smart contract, the developers took it a step further, not only using NFTs to generate cards but also enabling cats from CryptoKitties to be added to the game. The cats are presented in the form of a talisman placed in the corner of the playing field. In this case, the talisman can be converted back into a cat and sold if necessary.

Thus, NFTs make it possible to transfer game items from one game to another. In addition, smart contracts that are based on ERC-721 have implemented a function that fixes the movement of tokens, so they can accumulate value by themselves. This is great for digitizing unique assets such as art objects, paintings, legal documents and assets in other industries. This has great potential for various stores that deal with unique digital goods.

The rise of NFTs in games

2019 was a turning point in crypto being accepted into the gaming community, and there were several reasons for this. First of all, after the success of CryptoKitties and Gods Unchained, other collectible games have gained popularity, such as Decenterland, Spells of Genesis, Rare Pepe, 0xUniverse and others.

In addition to the gaming industry, trading platforms like OpenSea, RareBits and OpenBazaar have also launched NFTs that are trading as collectibles. The infrastructure around NFTs is also in progress and offers work tools for the production and management of NFTs. Another project, Codex Protocol, founded in 2018, has developed a decentralized registry of unique assets such as art, rare liquor and antiques.

There are other factors explaining why NFTs are becoming more popular. The main one is the interest of global companies in blockchain games. Back in September 2018, major videogame publisher Ubisoft sponsored the Blockchain Game Summit and became a Blockchain Game Alliance member.

Related: Five of the Most Expensive NFTs Sold in 2019

At the end of 2019, the Microsoft Azure cloud platform released its own program called Azure Heroes, aimed at rewarding its own developer community. The release and transactions of collectible items will be carried out on the Ethereum network, which will allow the winners to keep them as NFTs. To earn one of these tokens, developers must first be nominated either by themselves or the internal community. The moderators then choose the best nominees and award tokens, which can be transferred to any NFT-compatible address in the Ethereum network.

Another project of Microsoft is a blockchain-based card game in collaboration with large game developer Eidos and game book maker Fabled Lands. It will be called Arena of Death, and its players will fight in battles using fantasy-themed playing cards. The project will use collection tokens as NFTs on the Vechain blockchain to secure ownership of gaming assets.

In spring of last year, it became known that Liberty Media, the owner Formula One, would release a blockchain-based game where tokens will also act as collectible elements. A couple of months later, an anonymous buyer paid more than $100,000 for a unique car in the F1 Delta Time game.

2019 was also quite a successful year for NFT games because many projects — seeing the success of CryptoKitties — took an attractive idea and developed and improved upon it, attracting players. The creators of Gods Unchained, Tyler Perkins and James Ferguson, shared their thoughts with Cointelegraph on how the industry should be developed:

“Crypto games will never succeed if we don’t increase transaction limits. Earlier this year we made some breakthroughs that allowed us to batch hundreds of transfers in single transactions. This allowed us to transfer over 3.7 million ERC-721s in a single day, over 4x more transfers than the previous all-time high, all without clogging Ethereum.”

Kara Miley from Infura, ConsenSys’ dev tooling and infrastructure product, also gave a similar example of Axie Infinity, which came up with its own solution from a project learned from predecessors:

“A team of blockchain engineers and early crypto adopters were able to take a concept CryptoKitties pioneered and take it to the next level with strategic gameplay and great IP. They were able to bootstrap the business on the backs of a number of successful NFT asset sales.”

The more advanced, the better

NFTs do have uses outside of gaming. For example, a famous musician can make a new album and sell each copy for a certain price. One million copies of the album can be created and sold through auction. As the copies begin to run out, the price of the remaining ones is likely to rise. In doing so, the goods and the ownership rights will not leave the internet. 0xGames Founder Segey Kopov told Cointelegraph that such examples are likely to become a reality soon:

“This standard provides the ability to work with digital objects as real unique objects. Such items can be owned, transferred and sold. In real life, the uniqueness of items is usually needed only for collectors. Therefore, now NFT is used only for handling collectibles. Outside of games, we see this, for example, in art and celebrity areas. So it’s logical to expect evolution in this direction.”

Developers are also working on ways to make tokens more functional. One such attempt is the relatively new ERC-825 standard, designed to transfer several nonfungible tokens in one transaction. The ERC-1155 standard, developed by the Enjin project, allows to issue and send a large number of tokens at once.

Crypto gaming is a very young sector. The entire ecosystem of developers and users still has a lot of work to do to get this idea to the masses and take root. There is still the problem of lacking convenient interfaces that users often encounter with unique tokens and games.

The second problem is the limited scalability of the blockchain, and consequently, the ensuing problems in the number of supported transactions per second in a particular decentralized application. CEO of Satoshi’s Games, Carlos Roldan, also pointed out that the competition is likely to grow as NFT-based games come up against those powered by the Lightning Network:

“I believe NFTs based crypto gaming companies will have a hard time considering that now, thanks to the Lightning Network, players can get rewards in Bitcoin. In addition, those companies will have to answer the question ‘How do you plan to solve scalability issues in order to bring your product to the mass market?’ and they’ll figure out that their competitors from the Bitcoin space already found a solution which is called Lightning.”

But the NFT market is beginning to standardize, which will give a big breakthrough in the development of digital goods trading. Kara Miley believes that, given more comfortable interfaces and interesting storylines, NFT games could continue to attract players this year:

“We’ll see a few viral games launch this year that will help onboard hundreds of thousands of new mainstream users to owning their first digital asset. These players may not know at first they’re trading a NFT or spending a stable token, but over time as they start earning crypto and seeing the benefits of more open and transparent ecosystems, they will be incentivized to dig deeper and explore more of the Web3 world.”