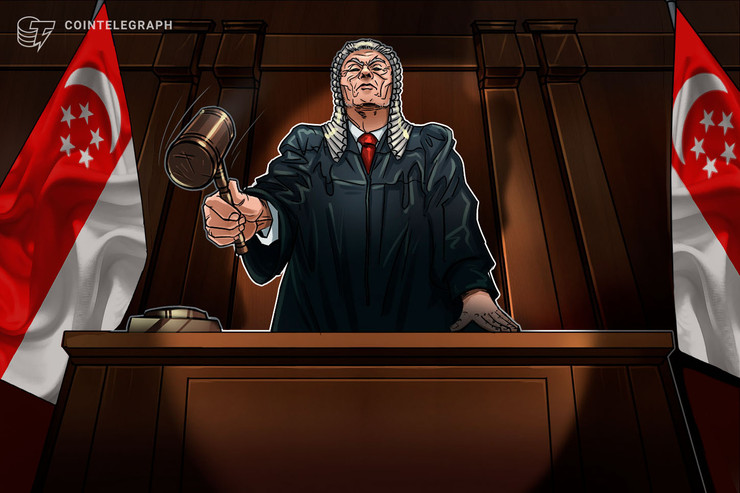 In the country’s first legal dispute involving cryptocurrency, the Singapore Court of Appeals has ruled that virtual currency exchange Quoine must pay damages to electronic market maker B2C2. The damages are for seven transactions that were wrongfully reversed on the platform during April 2017.

According to The Straits Times on Feb. 24, the court dismissed Quoine’s appeal, in which the exchange argued that it was entitled to unilaterally cancel the orders due to such comprising a mistake.

The exchange argued that the parties who fulfilled B2C2’s orders to sell Ether (ETH) for Bitcoin (BTC) at the price of 10 BTC per ETH believed that their orders had been executed at the current market price, rather than 250 times above market value. It further claimed that B2C2 was aware of this mistake.

The Feb. 24 landmark ruling saw four of the five judges of the Court of Appeals dismiss Quoine’s appeal, with Chief Justice Sundaresh Menon, Judges of Appeal Andrew Phang and Judith Prakash and International Judge Robert French determining that there was no mistake concerning the terms of the trading contract executed on the platform. Judge Jonathan Mance was the sole adjudicator to dissent on the matter.

The court found that both B2C2 and Quoine were operating complex automated trading systems to execute a high volume of trades on the Quoine exchange. It further discovered that these systems sought to exploit the spread between cryptocurrency prices across multiple exchanges.

Upon encountering a lack of sufficient market data, B2C2’s arbitrage bot would revert to a “deep price” of 10 BTC per ETH. During April 2017, a bug in Quoine’s software resulted in B2C2’s deep price taking effect, before seven orders were fulfilled on April 19, 2017 that saw B2C2 sell roughly 309 ETH for 3,092 BTC.

While the Singapore International Commercial Court (SICC) ruled that Quoine must pay damages to B2C2 nearly 12 months ago, the parties were unable to come to a consensus regarding the sum to be repaid.

The SICC did not rule that Quoine must return 3,085 BTC to the market maker, with judge Simon Thorley asserting that current Bitcoin prices were “substantially higher than the price in April 2017 when the trades were executed.”

Additionally, B2C2 had sold almost one-third of the BTC in question before the trades being reversed, with automated trading bots offloading the coins across nine different exchanges. As such, an SICC judge determined that ordering a specific sum to be repaid to B2C2 would “cause substantial hardship to Quoine which any potential difficulty in assessing damages does not outweigh.”

3 reasons why Ethereum price keeps rejecting at the $1,300 level
Margin trading vs. Futures: What are the differences?
Bitcoin on-chain data shows 5 reasons why the BTC bottom could be in
Russia’s Sber bank integrates Metamask into its blockchain platform
The FTX collapse continues to unfold, BlockFi announces bankruptcy filing and Kraken settles a sanctions breach: Hodler’s Digest, Nov. 27 – Dec. 3