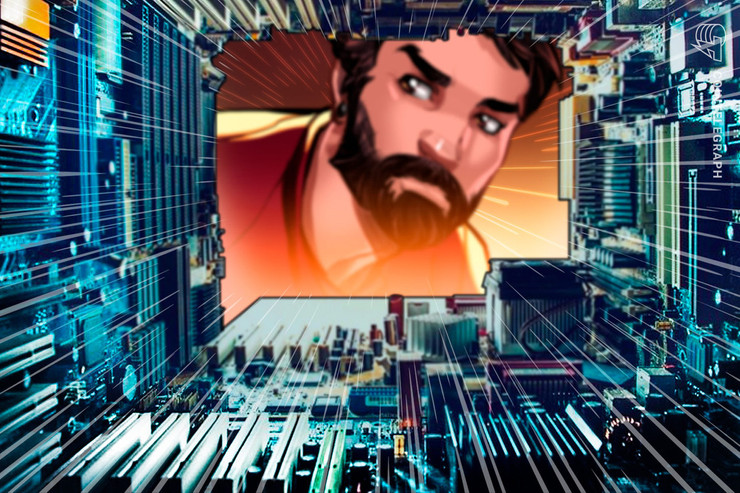 The Ethereum (ETH) All Core Devs call to decide on the fate of ProgPow was held on March 6. Despite a tentative decision to reformulate the mining algorithm as “Ethash 2.0,” the call raised more questions than it answered.

The call lasted approximately three hours, two of which were entirely dedicated to ProgPow. Several representatives of both the pro and anti-ProgPow sides were invited. Supporters included Kristy Leigh-Minehan, one of ProgPow’s creators, and BitsBeTrippin, the founder of an educational channel on mining.

Benjamin DiFrancesco, who proposed a compromise that would see ProgPow implemented but not activated, was also present.

The discussion initially centered around the technical viability of ProgPow, citing two vulnerabilities outlined by independent auditors and researchers.

Minehan pointed out that they are easy to fix and only exploitable under specialized scenarios. Core developers seemed to agree, with one of them praising the speed at which the ProgPow developers fixed the issue.

ProgPow’s opponents did not debate its technological merits, though they pointed out that the discovery of vulnerabilities — even after previous audits — highlights the inherent risks of changing the mining algorithm.

The participants also discussed the ramifications of a potential sudden drop in Ethereum hashrate as GPUs with 4 Gigabytes of RAM and Bitmain’s E3 miner will be unable to cope with Ethereum mining around April — regardless of which algorithm is active. A pre-print paper published by Minehan and others estimated that 40% of Ethereum’s hashrate is made of Bitmain ASICs.

No clear consensus emerged on how to deal with this issue, with both sides using it as an argument in their favor.

Luongo’s argument focused specifically on the possibility of a community split as the primary reason for not going through with ProgPow. He said that whatever the merits, ignoring dissent and pushing the solution through would fracture the community — drawing parallels with the debate that created Bitcoin Cash.

Köppelmann took the side of ASIC operators, arguing that ASIC resistance is a harmful change for Ethereum. He said:

“In my view, there can be situations where Ethereum has to make a change that affects users negatively — if there’s an extremely clear advantage or the survival of the network is at stake. As long as those things are not the case, those decisions should not be made. With ProgPow it’s not clear to me why ASIC resistance would be a good thing.”

Despite the fact that Ethereum committed to ASIC resistance in its yellow paper, the call evidenced the fact that not all community members believe in it.

Soleimani, in particular, argued that Ethereum will soon transition to Proof of Stake, making it useless to divert resources into changing Proof of Work. He also attacked the opposing side, saying:

“It’s a bunch of profit-seeking miners lobbying the Core Dev Political Committee to get what they want. Full stop.”

Core developers replied by saying that the Ethereum 2.0 transition is still at least two years away. James Hancock, lead on the Ethereum 1.x initiative, noted that maintaining the 1.0 chain functional — without paying attention to 2.0 — is the core prerogative of 1.x.

Developers also pointed out that integrating ProgPow into each Ethereum client would take at most one week of work from a single developer.

However, the call revealed that the Ethereum community is not united on the principle behind ProgPow. As Minehan summarized to Cointelegraph:

“I think the real question the Ethereum community needs to ask themselves is this: is ASIC Resistance something we want? If so, then a solution can be developed.”

The discovery of technical vulnerabilities in an Ethereum Improvement Proposal (EIP) that was already partially accepted was not something anticipated by the process. Core developers said that an EIP cannot be revoked under the existing framework, but it can be “superseded” by other proposals.

Hudson Jameson, the moderator of the call, pushed for a solution by which ProgPow would be fixed and transferred into a new EIP under the name of “Ethash 2.0.” Not all developers seemed to fully agree, and it is unclear if this will be actually implemented later.

Some developers believed that the dissent from ProgPow is enough to justify killing the proposal completely. However, it appears that the rest of the team wants to go through with it — even if under a different name.

At the end of the call, Hancock emphasized that more effort should be made to educate the community on the dangers of Ethash. He argues that the “light evaluation” vulnerability may lead to the creation of an ASIC that is “20x a GPU, as opposed 1.2x or 1.5x.” This, in his view, would be far more dangerous for the stability of the network.

The call was not without drama. Martin Swende, a core developer, called out Soleimani for his rude behavior and personal attacks — with Jameson adding that he’d “talk to him in private.”

Vitalik Buterin, Ethereum’s founder, was also present at the call but did not speak during the ProgPow discussions.