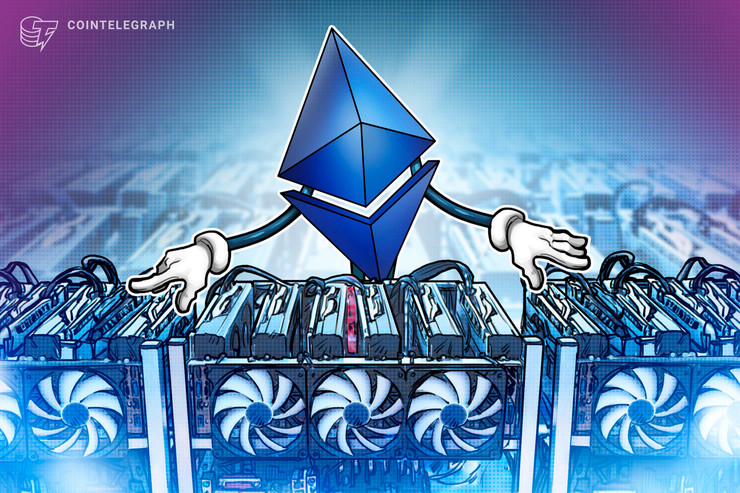 In a press release, Hive describes the current moment as “an opportune time” to expand its ETH mining capacity. Hive’s Swedish facility is hydro-powered, and including hardware, the expansion will incur capital expenditures of just $200,000 per additional megawatt of processing power.

However, with contention rising within the Ethereum community concerning the upcoming ‘ETH 2.0’ revamp and anticipated transition to a Proof-of-Stake (PoS) protocol, Cointelegraph spoke to Hive’s interim executive chairman Frank Holmes to get his thoughts on the Ethereum mining sector.

Cointelegraph: Could you provide a brief overview of your various mining operations?

Frank Holmes: Hive owns state-of-the-art GPU-based digital currency mining facilities in Iceland and Sweden, which produce newly minted digital currencies like Ethereum continuously. The vast majority of mining occurs at our flagship facility in Sweden, with a small operation in Iceland. We also mine Ethereum Classic.

FH: The major factor is that we recently completed the assumption of 100% control of our operations in Sweden. This now gives us full visibility into the costs of the build-out for an expansion, and we can do it at a significantly lower cost than our initial facility built two years ago.

From an operating point of view, we have also improved our mining efficiency and significantly lowered our operating and maintenance costs in Sweden since we took control of operations. Additionally, mining market conditions have improved since December.

CT: What is your plan for your GPU mining operations when Ethereum transitions to proof-of-stake? Will you be diverting your GPUs to mining other cryptocurrencies?

FH: While proof-of-stake, or potentially other consensus mechanisms to come, may exist in parallel with the current standard — proof-of-work — we believe that mining will always play a fundamental role.

The current proposal for Ethereum’s shift to proof of stake from proof of work has a number of unknown variables, including uncertainty over timing, execution and ultimate adoption; and there is not yet a definitive plan that is established and approved.

If Ethereum’s shift to proof of stake were to occur, Hive’s GPU-based mining provides flexibility to identify and focus computing resources on existing and new cryptocurrencies including those using the proof-of-work standard as they become more profitable to mine, as well as for other high-efficiency computing applications, such as artificial intelligence and graphic rendering as well as private blockchain computing, which are becoming more widespread as the blockchain technology grows and develops.

CT: What else can we expect from Hive during 2020?

FH: We will look to improve the profitability of our Iceland facility as we have done in Sweden or move the equipment to a lower-cost jurisdiction. Additionally, management initiatives have resulted in a strengthened balance sheet and greater cost certainty, which enables us to make appropriate investments to drive future growth. We are currently assessing expansion opportunities and the best use of our capital going forward.