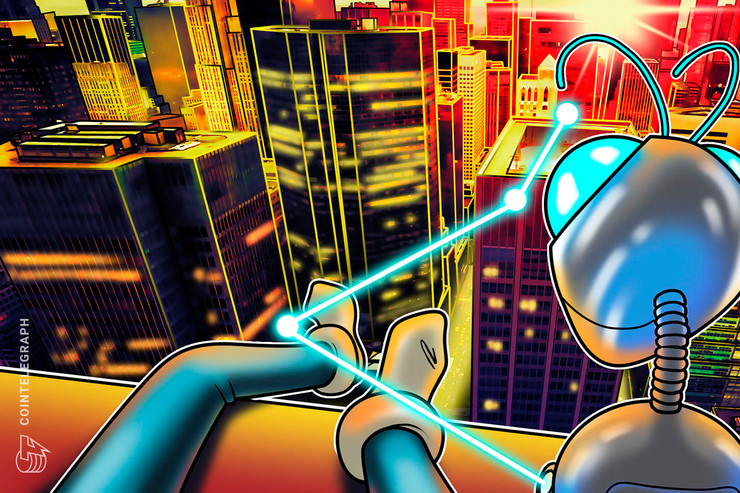 Thursday’s market meltdown left MakerDAO (MKR) with a $5 million hole that the project is now scrambling to fill. As this is just the latest in a series of hard blows to decentralized finance (DeFi) projects, some are wondering if the ecosystem can defend itself from collapse.

Cointelegraph contacted a variety of industry experts and DeFi stakeholders to hear their take on the health of the ecosystem.

The Coronavirus-induced price crash was a powerful stress test for the Ethereum (ETH) ecosystem. The network became congested as users rushed to exchanges, while the incredible volatility wreaked havoc on some systems.

Melikhov argues that the biggest source of failure was the proprietary oracle employed for MakerDAO’s price feeds, which glitched due to the sudden flood of pending transactions. He continued:

“As a result, the on-chain prices in the system were remaining outdated in a period of significant price movement — $166/ETH on-chain instead of $133/ETH on the market.”

According to Melikhov, this caused an “ideal storm,” in which Maker’s keepers were unwilling to buy Ether at a 20% market premium — as opposed to the usual 3% discount. As there were so few natural buyers, it paved the way for the eventual exploit. Melikhov explained:

“MakerDAO’s logic allows to do zero bids at auctions, so some market actors got liquidated ETH for free.”

Due to this, Maker accumulated $4 million of unsecured debt. After considering an emergency shutdown, the Maker Foundation did not take decisive action, which Melikhov says led to the widening of the collateralization hole to $5.5 million as of March 13.

The loss comes less than a month after two high-profile attacks siphoned over 3,000 ETH (~$360,000) in collateral from DeFi platform bZx.

The first visible cracks in DeFi’s reliability shifted the tone of the conversation in the community, according to Andre Cronje, the developer of the iEarn platform. In early March, he quit the project citing a “hostile community” that holds developers “responsible, and even liable for user actions.”

Melikhov emphasized that MakerDAO’s recent problems are technical, and not economic in nature. Summarizing the attack, he said:

“These circumstances showed off the lack of redundancy in the MakerDAO’s system and weaknesses in the Ethereum network capacity.”

The community may be especially sensitive to vulnerabilities in MakerDAO. The ecosystem currently holds over 55% of all Ether locked in DeFi, according to Defipulse. Furthermore, Maker’s DAI stablecoin is the most traded asset in decentralized exchange platforms such as Uniswap and Kyber, which are closely tied to other DeFi platforms.

Synthetix CEO and co-founder Kain Warwick was more positive about the recent events, emphasizing that the price decline has nothing to do with Ethereum fundamentals:

“This recent downturn has been a macro trend driven by uncertainty, so this short-term price action on ETH doesn’t reflect the long-term viability of the network.”

Nevertheless, he conceded that the price decline exposed some vulnerabilities in DeFi:

“We’ve definitely seen some teething problems over the last 24 hours as protocols have experienced shocks due to the price action.”

Michael Anderson, co-founder of DeFi-heavy investment fund Framework Ventures, maintains that the attacks are “exogenous factors” that are nevertheless leading to exploitation of their system design. He added:

“These issues are persisting because we now have a real amount of value in the DeFi ecosystem, and therefore an incentive to search for weak points.”

How DeFi will recover

Warwick argued that the price action, and the subsequent vulnerabilities, served as an important lesson to the ecosystem. He continued:

“But the good news is these tests are a clear demonstration of antifragility of Ethereum — becoming stronger through stress.”

“Such painful times remind us that we are extremely early in the space, and there’s still lots of room for improvement. However, I am very hopeful this will ensure that the DeFi ecosystem rises back with an even robust economy.”

The MakerDAO community already initiated emergency measures to stabilize the network. Its whitepaper includes a contingency for under-collateralization, which consists of minting new MKR and auctioning it off until the borrowers are made whole. The auction is expected to occur in the next few days.

In the meantime, the community is also developing measures to prevent similar issues in the future.

The bZx team has also revealed its plan to restart activity, seeking to learn from past mistakes. The user losses will be covered by the team and bZx stakeholders, while security is set to be bolstered through higher bug bounty rewards and audits.

Melikhov summarized the lessons to be learned from this turbulent period:

“Overall, it will hopefully result in more precise financial modeling and maintaining more technical redundancy for the sector.”

He also expressed hope that DeFi will see more active development on other blockchain platforms. He concluded:

“We at Equilibrium strongly believe that the cross-chain approach will significantly improve the risk profile of the ecosystem.”

Anderson believes that there is no single solution that would prevent further attacks. He continued:

“We will be playing ‘whack-a-mole’ for a while, but each time we find something the industry grows stronger for it”.

Some people expected this

Messari co-founder Ryan Selkis had expressed his skepticism about DeFi’s security in January, well before any of the hacks occurred. “Impossibly optimistic to say there won’t be a confidence shaking bug before DeFi gets big,” he concluded.

Anderson, whose fund relies heavily on DeFi investments like Chainlink and Synthetix, also anticipated the trial by fire. He said:

“Sergey [Nazarov] from Chainlink has said this before, and we agree, that the DeFi ecosystem will need to go over these bumps on the path of progression. Discovering these issues now, while the stakes are relatively low, will put DeFi in a much better position to take on more value and develop better products”

Their predictions appear to be coming true. If the sector can navigate the current storm successfully, user confidence is bound to return.

Nevertheless, it is impossible to know how long the storm will last.