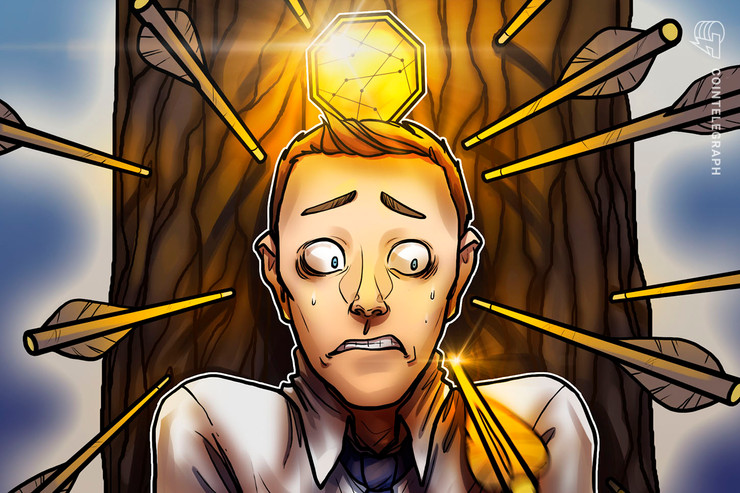 “Robinhood, a pioneer of commission-free investing, gives you more ways to make your money work harder.” At least, that’s what is stated on the website of Robinhood, the popular stock and cryptocurrency trading app. However, the app’s recent outages on March 2 and March 9 have shown that fancy words on landing pages are insufficient to make an application reliable — and now, traders are starting to gang up on Robinhood.

The reason for this turn of events is that on March 2, Robinhood traders were left unable to complete exchange orders and without access to their portfolios or charts as the app suffered a major technical outage that made it inoperable for over a day. Further outages took place on March 9 and March 12, causing traders to call for a class-action lawsuit against the app’s developers in hopes of receiving some kind of compensation.

Technical reliability is not Robinhood’s strong suit, and three crashes in under two weeks is unacceptable for an app with over 10 million users — or so hundreds of traders think.

The company states it will be completing a major overhaul of the systems powering the platform, despite the fact that investors and users have shelled out over $900 million for its development. The outage of March 9 left the platform inoperable until 10:25 a.m. EDT, with services being restored at 3:30 p.m. EDT, less than 30 minutes before the markets closed. Even worse, on March 12, users reported that Robinhood was down again — a situation that raised even more questions.

The Robinhood team repeatedly issued statements claiming that the company was working hard to fix the issues, and even offered users compensation in the amount of $15. However, traders found this to be insufficient when compared to hundreds and thousands of dollars in losses, and they are complaining that the outages left them missing out on the biggest one-day point gain in the history of the Dow Jones Industrial Average.

Traders have filed complaints with United States regulators, such as the Securities and Exchange Commission and the Financial Industry Regulatory Authority, and have created a Twitter account — which has over 8,000 followers — as another tool for leverage. As the @ClassRobinhood account’s profile states:

“We are actively building a case against Robinhood for their negligence and late open on March 2, 2020. They have been fined by FINRA before.”

And there is much to be had, as Robinhood controls a significant market share. The platform is valued at $7.6 billion and is well known in the crypto community for taking no commission on transactions. In December 2019, its co-founder Vladimir Tenev revealed that over 200,000 clients had already signed up for its new app for fractional stock trading, which is supposed to be releasing soon.

Do users have anything to worry about?

Strange as it may seem in light of recent events, Robinhood has historically had the support of the SEC and FINRA. But with Mt. Gox and Coincheck still fresh in the minds of the crypto community, a third outage in a row has made millions of traders fear that Robinhood may not be able to resume operations as they once were.

It appears that users were not only unable to use the platform, but that they couldn’t withdraw their money either. Many of them point to the poor technical expertise of Robinhood and blame its developers in particular. Some have been using the hashtag #LearnToCode to protest on Twitter alongside @RobinhoodClass, which shared:

“We’ve all lost money to Robinhood today. They made the decision to push an update the night before the biggest market day since 2008. They waited 2 hours to announce the outage on social media. People have lost thousands of dollars due to negligence. This is just criminal.”

Meanwhile, some traders have more serious intentions and are threatening to sue Robinhood, or are demanding that regulators fine it. Many people support these threats of lawsuits, with Twitter user @AssadManely bluntly stating, “Let’s start the class action lawsuit.”

In addition, nearly 3,500 people have signed a Change.org petition that calls for Robinhood to be barred from FINRA and banned from any activities related to financial securities. Some have questioned Robinhood’s financial reliability. In one Twitter thread, user @xrp_Prophet wrote:

“Magically, Robinhood can always accept your money, even when the system is ‘down’ Makes me wonder if they EVEN HAVE THE MONEY! Is this another cryptocurrency exchange scam like MtGox??”

However, some experts believe that chances are slim that there was a financial motive — or any intentional misconduct — behind the outages at Robinhood. Pankaj Balaji, the CEO of Delta Exchange, pointed to extra loads caused by high volatility as a possible reason for the outage. He told Cointelegraph:

“The technology needs to be built in a fashion that it is able to distribute the load and handle such spikes. These frequent outages expose the fact that there are issues with Robinhood’s technology and its ability to handle volume spikes in such high volatility environment.”

Anthony Ha, a financial expert and CEO of the trading platform Webull, didn’t believe that financial problems were to blame either:

“This most recent outage has nothing to do with their financials as Robinhood Clearing is very well capitalized. If you are referring to RH drawing from their $200mm revolver, this is a common thing in the clearing world and I do not believe there is a story there.”

Robinhood’s developers are now trying to regain the trust of its users. However, the fear that more outages are an inevitable result of the underlying technological infrastructure’s imperfection has made the community call on the platform to release detailed reports on the state of the system.

In response, the development team released a blog post, in which it identified the cause of the outage as being due to heavy strain on the app’s infrastructure. The unprecedented load caused by high trading volumes led to a “thundering herd” effect that triggered a failure of the platform’s Domain Name System.

The post included further details about other factors, such as highly volatile and historic market conditions, record volume and record account sign-ups that all compiled at the most inopportune moment and led to the crash. However, in a now-deleted tweet, one user claimed that the company’s excuse was just self-glorification of the service’s high demand.

Although they are signing petitions and engaging in tweetstorms, users who hope to receive any sort of compensation are likely in for a disappointing blow. Robinhood’s legal team has done its homework, as the platform’s customer agreement explicitly states that it is not liable for “temporary interruptions in service due to maintenance, Website or App changes, or failures.”

J.R. Forsyth, the founder of the blockchain project Onfo, believes that although Robinhood traders have good reason to demand compensation for lost profits, they shouldn’t expect to receive anything:

“Any financial broker who has permission to conduct operations with currencies is required to take all measures to maintain the reliability of the service and be prepared for any kind of price fluctuations or high trading volumes. This means that the exchange is fully responsible for the outage. However, traders can expect that compensations will not be paid, because according to the terms and conditions published on the official website of Robinhood, the company is not responsible for such incidents.”

Balaji also shared a similar opinion with Cointelegraph, but added that Robinhood may offer some form of payment to recoup its reputation:

“In order to retain customers Robinhood might offer some kind of benefits to its users. Customers tend to be sticky for a brokerage business and losing them can be tricky as once lost it is very difficult to bring them back.”

Furthermore, according to the terms and conditions published on Robinhood’s website, the platform is not liable for extended interruptions due to failures beyond the company’s control. This, of course, threatens the prospects of any class-action lawsuit.

Jaian Cuttari, the CEO of the financial companies Veltrust and Bdam Foundation, told Cointelegraph that Robinhood’s decision to compensate its traders will depend on the exact extent to which the company was responsible for the outages:

“If it was gross negligence hidden as technical outage then they can be sued for damages. If the company has a solid policy user agreement which states they are not liable for service outages then it would be difficult for users to sue as the agreement acknowledges the company is not liable in certain instances.”

This type of wording in the platform’s documentation may not stop lawyers from launching class-action lawsuits, but if they do, it would most likely only be for their own benefit and not that of the users. Speaking about possible court action, Tal Weiss, the co-founder and chief technology officer of the software analytics company OverOps, pointed out that a wisely drafted agreement can seriously hinder any legal process, adding:

“Class action suits can take years to pursue, and must meet a high legal bar. Given the unique circumstances surrounding the market which are outside the company’s control, this will be a long and hard legal challenge.”

Lawsuits are unlikely to yield any results but may be a nuisance for Robinhood, considering that it is required by FINRA and the SEC to have backup plans on hand in case of temporary interruptions. FINRA also requires “prompt and accurate processing of securities transactions” — a point that lawyers may latch onto.

While it’s not clear whether or not the company will compensate its users for their losses beyond the $15 it has already offered — or if it will be fined by regulators — Robinhood is certainly losing the trust of traders, which may lead to thousands of users leaving the platform. Balaji predicted that once Robinhood is up and running once again, users may withdraw their funds and shift to other brokers. He added:

“This would be a double whammy as not only will Robinhood lose customers but it will also lose good quality capital which will create a strain on its balance sheet.”