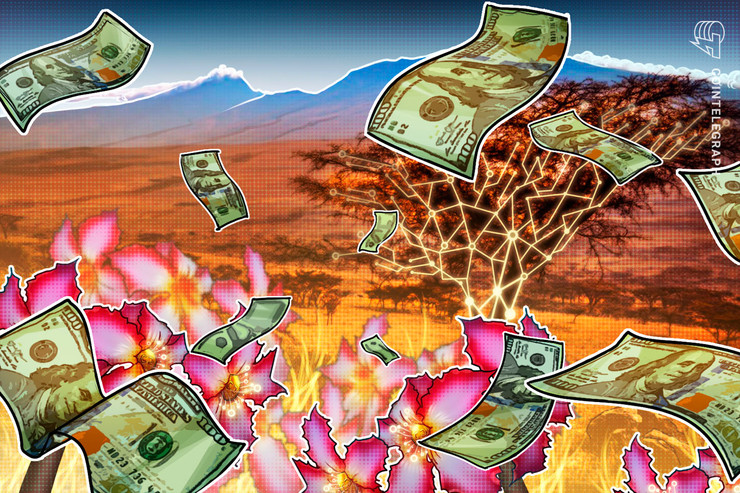 Binance CEO Changpeng Zhao has announced that the company will launch a fiat gateway for South African users, allowing them to make Rand deposits. The announcement was made on day one of the Blockchain Africa conference being held in Johannesburg this week.

CZ confirmed that South African traders would soon be able to make Rand deposits on the platform through the Binance website. This is part of an ongoing push into Africa that started in Uganda in 2018:

“Africa illustrates one of the largest demands and instrumental use cases for cryptocurrency, notably for financial access. According to the World Bank, approximately 66 percent of sub-saharan africans are listed as unbanked. So instead of trying to bank the unbanked, let’s try and Bitcoin the un-Bitcoined.”

With a foothold in 35 African countries, CZ said that South Africa was one of the bigger countries that the company had planned to service:

“Looking at South African specifically, crypto adoption continues to rise with SA being one of the top five countries in terms of cryptocurrency ownership. Today I’m excited to announce that Binance is launching a South African fiat-to-crypto gateway soon. This will enable South Africans to buy cryptocurrencies with their local bank accounts.”

Binance South Africa country manager, Tanya Knowles, elaborated on the company’s plans in her own keynote speech on Wednesday. Knowles said that many South Africans currently enjoy freedom of information and movement, but lack freedom of money.

Binance, the world’s largest cryptocurrency exchange by trade volume, currently supports trading in 180 countries and handles over 1.4 millions transactions per second. The value of its global transactions is around $4B per day, according to Coin360.

South Africans will soon be able deposit and use their Rands to interact with the entire Binance Ecosystem. Users will have access to give initial trading pairs including BTC/ZAR, BNB/ZAR, ETH/ZAR, USDT/ZAR and BUSD/ZAR.

Binance to directly invest in Blockchain education in South Africa

Knowles also announced that the Binance Charity Foundation would be donating $1M to support the growth and development of blockchain education in South Africa.

The organisation will be looking to partner with local companies in order to deliver effective educational programs to drive the development of the sector in South Africa.

Knowles told Cointelegraph that the Rand support would be officially launched on the Binance platform in the next few weeks.

45% of ETH validators now complying with US sanctions — Labrys CEO
Voyager’s auction did not serve depositors’ best interests, alleges Wave Financial rep
Pantera CEO bullish on DeFi, Web3 and NFTs as Token2049 gets underway
Bitcoin price charges higher, but whales line up to sell BTC at $20K
Bitcoin price fails to hold $20K again, but there is a silver lining