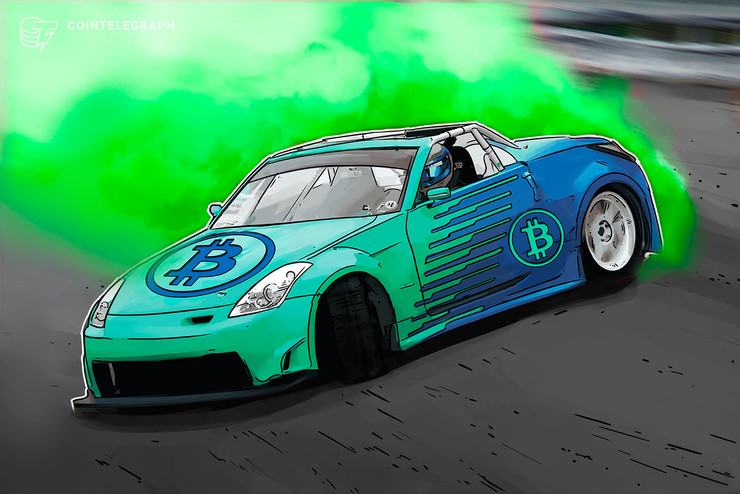 On March 16 Bitcoin (BTC) price bounced back above the $5,000 barrier, while equity markets in the United States saw their worst day since 1987. Traditional markets closed 13% lower than the previous day, highlighting the severity of the current crash but for the time being at least Bitcoin is holding up.

Bitcoin moving in a narrowing range

Bitcoin price is moving inside a narrow range, through which the $5,600-$5,750 range serves as resistance and $4,800-$4,900 is the support. The 1-hour chart shows two anomalies, as the price tried to break to the upside and failed. Similarly, the price of Bitcoin broke below the range and immediately jumped back in.

The 4-hour chart is showing a clear bullish divergence, which implies a short term bottom formation and reversal is on the horizon. However, such a divergence doesn’t imply a full reversal, unless the divergence shows up on higher time frames (in this case referring to time frames from daily and higher).

Earlier examples have shown that a bullish divergence on the 4-hour opens the scenario for some upwards relief, as the price action in November 2019 shows.

However, does such a bounce imply a total reversal? No. It should be a short term relief in the opposite way, also known as a dead cat bounce.

For a full trend reversal, investors should generally expect the lower levels to be tested for a double bottom formation. Another argument would be a bullish divergence on higher time frames, which usually implies a bottom structure.

Are equity markets ready for a relief bounce?

The equity markets have seen a massive selloff lately, causing the equity fear and greed index to hit rock bottom. Traders and investors are already comparing the recent collapse to the market corrections that took place in 1929, 1987 and 2000.

The equity markets have seen a selloff between 30-40%, causing some individual stocks to drop around 70%.

If the markets are similar to either of these examples, the data from those periods can be compared to the recent movements. Of course, the coronavirus is a unique case for the markets, as the market meltdowns in 2000 and 1987 had different reasons also. However, markets tend to move the same due to human psychology.

When bubbles pop, the first dropdown is between 35-50% before a relief bounce occurs. This relief bounce is often referred to as a “dead cat bounce” or the “bull trap,” which makes investors believe everything is fine.

Data from history show similar movements. The Nasdaq 100 Index shows a 40% dropdown during the Dot.com bubble of 2000, after which 4-6 months with upwards momentum occurred.

As the equity markets have seen a selloff between 30-40% and momentum is exceptionally bearish, it wouldn’t be a surprise to see the exact opposite happen to the market for the coming weeks. Such a short term upwards could indicate that the markets are going to be green for Bitcoin and crypto too.

Why should that be? Recently, every market has been showing a positive correlation with each other. Gold, but also Bitcoin has dropped significantly as investors sought to get rid of their risky assets to cover losses on the equity markets.

The moment that equity markets recover some of their losses, a similar thing should occur for the other markets. However, this is not a signal that the crypto market is bottoming. Therefore, we need more time and data to confirm.

What is likely to happen in the Bitcoin market?

As the price of Bitcoin held the $4,800 area for support, it’s most likely to test the range highs, confluent with the CME gap in this area. Aside from that, it’s possible to expect a short-term relief rally on the equity markets, which would suit some upwards momentum on Bitcoin.

Bottom formations take time, and with the current economic instabilities, it’s isn’t certain how long this period will last and when the coronavirus will ultimately receed.