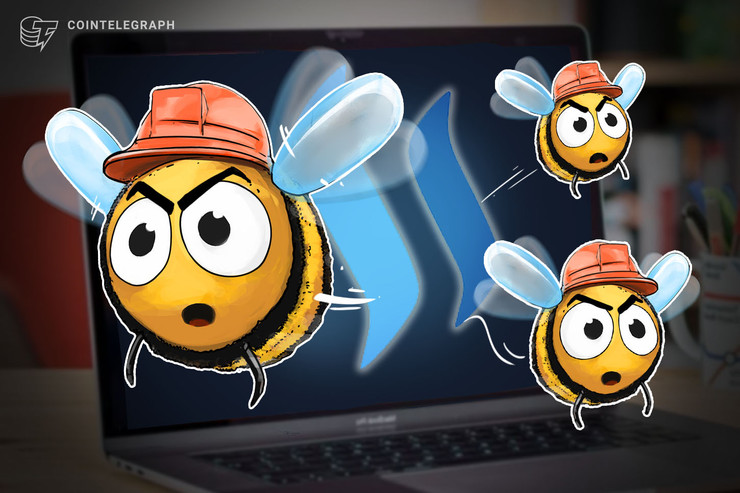 The Steem (STEEM) blockchain community continues to oppose Steemit in the wake of the recent “takeover” orchestrated by Justin Sun, the startup’s new owner. On March 18, “a large group of Steem community members” announced its intention to hard fork the Steem blockchain and create a new platform called Hive.

The network split that was scheduled for Friday, March 20, successfully took place at around 10.30AM CET, and the market already seems to be reacting to the news, as the price of STEEM token decreased by over 20% to around $0.23 as of press time. Hive is an exact code fork of the Steem blockchain, although the platform will undergo various alterations based on community feedback.

Steem vs. Steemit vs. Tron — what’s the difference?

Steem is a blockchain developed by Ned Scott and Dan Larimer. It was launched in March 2016 with Steemit Inc. emerging a few months later. The company has since released blockchain-based alternatives for major social media outlets like Reddit, YouTube and Instagram.

Steem represents a delegated proof-of-stake protocol governed by a limited number of “witnesses” who are elected by STEEM holders to validate transactions on the network — similarly to miners on the original Bitcoin (BTC) blockchain. Votes are allocated according to the number of tokens they hold.

On Feb. 14, 2020, Scott declared that he had sold Steemit to Justin Sun — a prominent Chinese tech entrepreneur known for establishing the Tron Foundation, buying BitTorrent and spending over $4 million to have lunch with multi-billionaire investor Warren Buffet, among other things. Scott’s original announcement has since been deleted, however, the merger has been marketed as a “strategic partnership” in official press kits.

As Steemit Managing Director Elizabeth Powell explained to Cointelegraph soon after the acquisition, the Tron partnership basically kept her company from going bankrupt, saying: “We’ve been in a holding pattern due to a financial lack of resources.”

Although Steemit seemed happy with the new partnership, the community did not share its enthusiasm, as on Feb. 24, they grouped together to perform a soft fork to consolidate their power. Technically, the upgrade deactivated the so-called “ninja-mined stake,” a stash of approximately 74 million STEEM tokens, which has historically been owned by Steemit.

The community representatives were worried that Steemit, now controlled by Justin Sun, might use the stake for its own profit, while apparently it is supposed to be used only for the advancement of the Steem blockchain. As Luke Stokes, a long-time Steem Witness, has previously told Cointelegraph, the stake has been a long-running concern for the community.

In response to the soft fork, Tron arranged what has since been described as a “hostile takeover.” Around March 2, three major cryptocurrency exchanges that have STEEM tokens listed on their platforms, namely Binance, Huobi and Poloniex, mobilized customer deposits to stake large amounts of STEEM tokens to vote in support of removing the original witnesses.

Specifically, a total of 42 million Steem Power was reportedly mobilized to push out the top-five witnesses in favor of a single user, @dev365 — an account purportedly owned by Sun himself. As a result, all of the top-20 witnesses were eventually replaced with accounts powered by Steemit, Binance, Huobi and Poloniex, all of which were created in February 2020.

Sun then described the takeover as a successful attempt at defeating the “hackers” who froze 65 million STEEM tokens legally owned by Steemit, most likely referring to the “ninja-mined” stake. Sun went on to add that all reports suggesting that Steemit and Tron collaborated with exchanges on a “hostile takeover” were fake: “We wanted to protect the sanctity of private property and the interests of all from malicious hackers.”

Nevertheless, soon after Sun reported defeating the “hackers,” both Binance and Huobi announced that they were removing their votes to undo the takeover. The exchanges explained that they were asked by Steemit to help with a forthcoming “upgrade/hard fork” and thus contributed unknowingly. Binance CEO Changpeng Zhao went as far as to distance himself from Sun in an interview with Cointelegraph.

Regardless of the Sun-designed takeover, the Steem community proceeded to reclaim its space back, actively mobilizing its tokens. As of March 6, all of the top nine, as well as the 11th, witnesses were “approved”; they had over 10,000 voters and joined the network circa 2016–2017, while the remaining 10 witnesses seemed like Steemit-affiliated players.

Moreover, a discussion between a small group of Steem community members and Tron’s side, represented by Justin Sun himself, finally took place on March 3. According to the alleged recording of the private conversation, which has since been leaked, Sun said that he didn’t see the situation as a conflict between the two parties. The Tron Foundation CEO said in the purported recording:

“The only reason why we voted was because our funds got frozen in the first place. Basically, the bottom line for us is as long as our fund is secure, we don’t have any other demands. We want to withdraw our votes also ASAP to give rights back to the community.”

According to Dan Notestein, the CEO and founder of BlockTrades, a top-three Steem validator who has been working on the Hive project, at some point, the community couldn’t secure an electoral majority because of just one voting block. Notestein told Cointelegraph:

“We reclaimed several of the top 20 spots (including the topmost spots) but not most of the spots. We were unable to obtain the majority because of one minority voting block that was voting for a few of the community witnesses AND all the Tron sockpuppet witnesses. They were doing this to enforce a stalemate in order to obtain concessions on blockchain rule changes from one side or another.”

The Steem community has seriously considered holding a hard fork since the beginning of the chain’s launch and the ninja-mined stake, Stokes recalled, noting that separation discussions date back to 2016. Notestein added that another call for action started around November 2018 when Steemit reportedly laid off about 70% of its staff. Speaking for himself, Stokes said that the community has been pushed too far:

“Last year, it was more about forking out the ninja mined stake on-chain. Now, it’s more about moving to a new chain though that was discussed last year also. From my personal perspective, there was not enough support for it then. Given Justin’s actions, there is now.”

As Notestein argued in an email sent to Cointelegraph, validators’ communication with Sun has been unproductive, which is another reason why the community decided to carry on with a hard fork:

“It became apparent to many of us early on that we were trying to negotiate with Justin Sun that he was only giving lip-service attention to true negotiation. We were almost always talking with his intermediaries that would promise one thing during the day only to have Justin either tweet or take an on-chain action that night that was in direct opposition to the spirit of the promises made by his intermediaries.”

According to the Hive hard fork announcement, Steem users will receive their balances through a 1:1 airdrop taken from a snapshot of the blockchain at 10 a.m. EST on March 20. However, the drop will purpodetly ignore Steemit’s “ninja-mined” stake, currently worth around $9.25 million — which is more than 20% of its $46 million market capitalization.

Since Hive is a new project, “we have the luxury of free association,” James Reidy, also known as Steem/Hive witness Riverhead, told Cointelegraph when asked how exactly those in control of the ninja-mined stake will be picked out:

“The exclusions for the airdrop fall into two categories: Steemit Inc. Ninja-Mined Stake (SINMS), and those that supported the sock puppet witnesses and, by extension, centralization. A lot of the SINMS that has not been sold off still resides with the accounts that mined them or only a transfer or two away. It is, therefore, fairly trivial to identify these accounts. While the exclusion won’t capture all the funds associated with the SINMS it will capture enough to mitigate its ability to centralize the chain. For the second category of exclusions, the Steem blockchain serves as a perfect, immutable record of which accounts have either voted for Justin Sun’s sock puppet witnesses or proxied their vote to accounts that voted for them.”

In both cases, there is no monitoring required, said Reidy, because those events have already taken place, and the airdrop code only needs to reference that history. “It is very important to note that non SINMS accounts that are being excluded in the initial airdrop may be included at a future date if the community desires,” he added.

A number of exchanges seem supportive of the Hive project, with Binance being one of the first firms to back the upcoming airdrop. David Jefferys, director of business development of V.systems, who has previously worked a similar job at Steemit for two years and now partakes in the Hive hard fork, told Cointelegraph:

“Leveraging the great news from Binance early on in the day myself and a handful of other Hive (formerly Steem) community members worked to coordinate exchange communications with other key industry exchanges.”

According to Reidy, at this point, the Hive team already employs around 100 people, among whom there are about 50 developers. The Steem/Hive witness added that “this is a low estimate,” given that more people join every day. Jeffreys went on to say that “things are happening quickly” and “former Steemit, Inc. dev(s) are helping out here and there when necessary.” He also told Cointelegraph that the current Hive team banded together in a Slack group called “Newchain” soon after Sun’s purchase of Steemit was announced, explaining:

“The key motivating factor was not the acquisition itself but Justin Sun’s announcement that there would be a token and DApp migration from the Steem blockchain to the Tron blockchain, effectively killing Steem.”

When asked whether Hive is a nonprofit or a business entity, Jefferys replied with: “Hive isn’t even a company or official organization yet. There’s been no time. It’s a pure, community-driven, truly decentralized social blockchain project.”

In conversations with Cointelegraph, many seemed optimistic about the hard fork’s future, with Scott Jarvie, co-founder of SteemPeak, the second largest content posting interface on Steem after steemit.com, telling Cointelegraph: “I would expect about 95%+ of our active users to migrate to the new chain,” adding:

“However, not all of the original userbase will migrate because many users are probably just not active enough to care. I expect at least 50% to dabble on both chains for a little while.

I expect by the end of summer Steem Chain to be almost empty unless Justin Sun decides to hire developers and do something new and interesting with Steem. However, with that said, there will likely be apps that cross-post Hive posts to Steem.”

Jarvie’s platform has rebranded by creating “a Hive-based site with a new URL.” The SteemPeak co-founder told Cointelegraph he is “hard pressed to find anyone who doesn’t want to move to Hive” after thoroughly polling his user base and reading through all of the feedback.

A Steemit representative declined to comment on this story, saying that the company is “currently working hard in resolutions with the community yet have no updates at this time.”