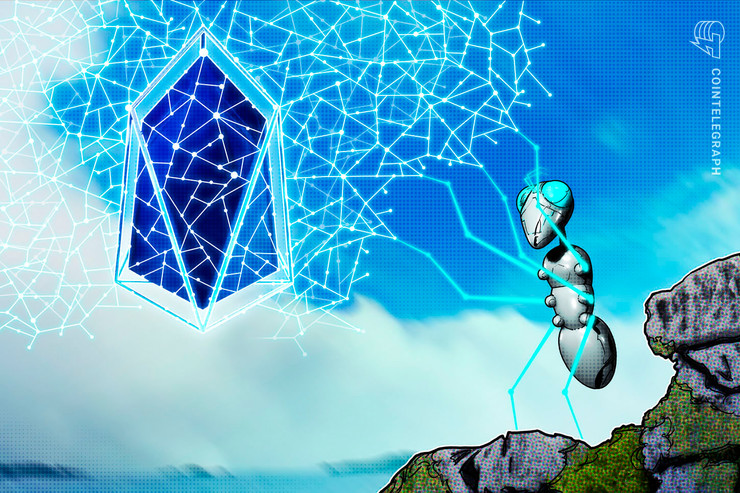 Block producers have approved the first stage of the implementation of a controversial EOS governance change that allows any user to propose network rule changes.

EOS blockchain explorer Bloks shows that the first phase was approved on March 24. EOS Nation — the block producer (BP) who proposed the system — claimed in a recent tweet that the 34 positive votes by BPs on the proposal is “the strongest consensus reached on any EOS Mainnet proposal”.

According to an EOS Nation’s March 18 post, the newly approved Worker Proposal System (WPS) is a funding mechanism for the EOS mainnet meant to enable developers and other network’s value creators to seek funding. The system is inspired by Dash’s (DASH) Budget Proposal System.

The voting and distribution mechanism is determined on-chain in WPS’s smart contracts and allows any EOS account to propose a budget for its project so BPs can vote on it. Each proposal that passes is paid directly from WPS’s eosio.wps account.

EOS Nation CEO and founder Yves La Rose explained to Cointegraph that the approval was for the creation of the eosio.wps account, but added this was only the first of four stages of implementation. The second stage will be the approval by BPs of a transfer of 50,000 EOS from the eosio.names account — which holds the proceedings from EOS’s premium names auctions — to the WPS account. La Rose explained:

“On EOS the account names are 12 characters long (A to Z, 1 to 5) – but there’s a built-in auction system for ‘premium name’ that are shorter. […]  The administrative funds collected through this auction (the successful bids) go to the eosio.names account. […] These are the funds that will be used in the WPS.”

Will the system be fully deployed? Probably

The third phase deploys the smart contract managing the WPS system to the eos.io.wps account. The fourth — and last — stage of implementation is the initialization of the new system. When Cointelegraph asked La Rose whether it is safe to assume that the system will eventually be deployed, he answered:

“No. I mean, it looks as though that is where we are heading, but until the contracts are deployed […] then it’s still open for debate. […] It would seem that there is indeed positive intent on getting this launched. However, as I often say – it means nothing until it’s on chain.”

Cointelegraph recently reported that Brendan Blumer, the CEO and co-founder of Block.One — the firm behind the EOSIO software that the EOS chain runs — expressed concern over the proposal. In a March 15 tweet, he said:

“Even if the amount is nominal, socially authorising the BP’s to direct token-holder funds into projects without a clear or measurable return of value is risky, and may open the door to corruption and external scrutiny.”

La Rose said that he talked to Blumer about the proposal and admitted that the proposal is risky, but said that was true of any change to the network. He said that EOS Nation’s team designed the system in a way to alleviate the risks:

“Knowing there are inherent risks, we designed the system so it has a way to mitigate and lower the impact, as well as the overall likelihood of risks. […] The system is built in a way that the long-term health and success of it is premised on that ratio of value created vs value extracted remaining positive — otherwise it shuts down, and does so automatically.”

La Rose said that the EOS Nation’s team is committed to ensuring the WPS has clear and measurable returns of value for the EOS token holders. Because of this, the BP plans to deploy and perform an audit function for the system.