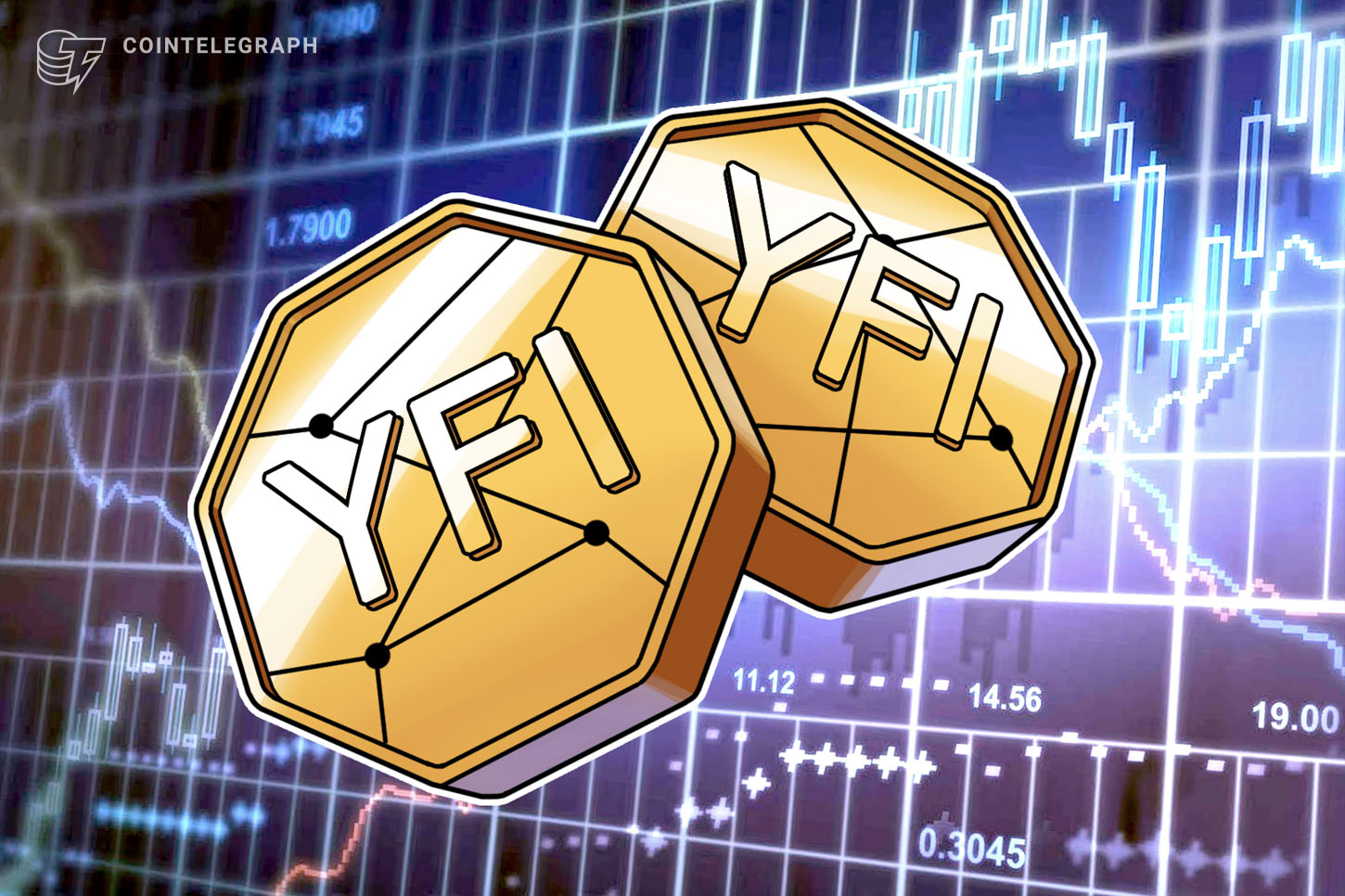 Yearn.finance’s native token YFI has surged by more than 75% in the last 24-hours, achieving a new all-time high at $38,883 on Binance in it’s (USDT) pair. The strong upside move also brought the DeFi-token’s market capitalization above $1 billion. 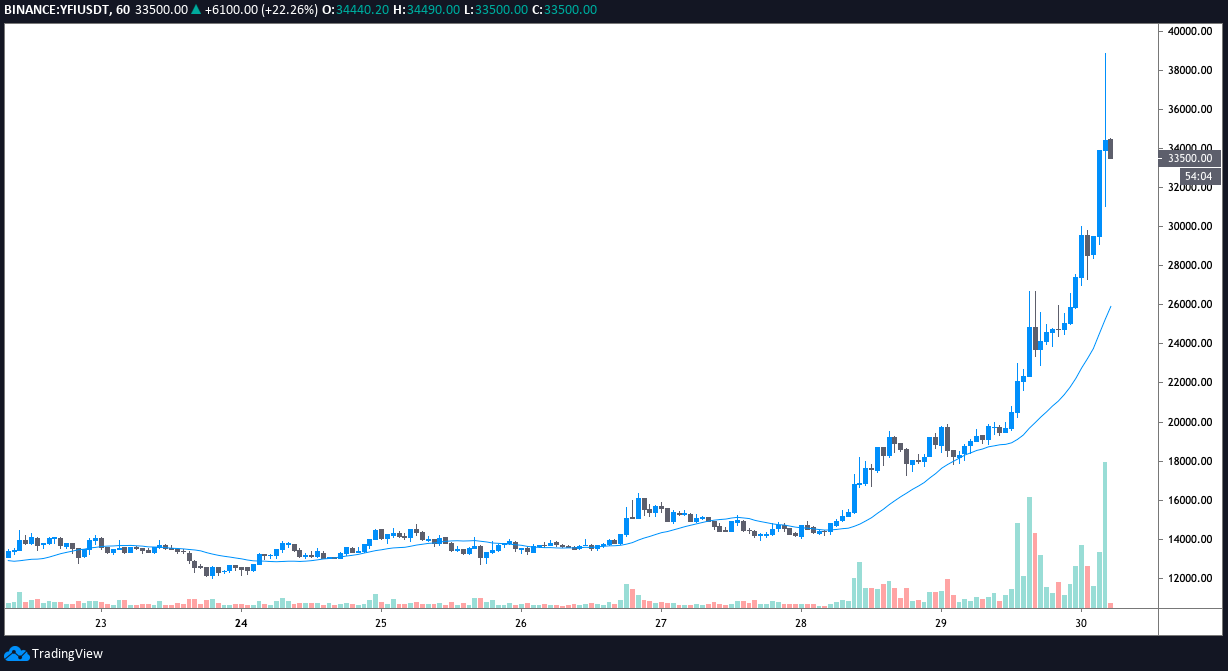 Traders are excited but is YFI overvalued?

In the past month, Cronje has introduced various products, including yinsure.finance. Many investors, including Paradigm’s Fred Ehrsam, have emphasized the potential of DeFi insurance to evolve into the next big market.

The fast-paced development of products, as well as the active community around yearn.finance, are fueling the uptrend of YFI. Lee wrote:

“We are witnessing something even bigger. Due to Andre Cronje’s build & ship speed, YFI is the fastest evolving self improving / innovating asset, period.”

Over the long term, some analysts say that the valuation of yearn.finance could reach several billion dollars. As the ultimate bull case, analyst Tyler Reynolds suggested the possibility of a $15 billion market cap based on cash flow analysis. He said:

However, there are several risks in the long term trend of YFI. The most obvious risk would be the heavy dependence of yearn.finance on its core developer Cronje. There is significant pressure for the developer to consistently release new products and features.

Like all DeFi tokens, there is also a risk of declining yield. If the overall yield in the DeFi market declines, the demand for YFI and yearn.finance could also drop. The largest threat to the yield in the DeFi space is the price of Ether (ETH). If Ether continuously declines and causes governance tokens to slip as a result, the yield might drop substantially.

In the near term, two variables that could slow the momentum of YFI are its valuation and liquidity. In terms of total value locked, YFI has reached its fair valuation above $700 million, closer to its competitors.

A cryptocurrency researcher known as Hasu also said that when compared to other defi-protocol stablecoin pairs, YFI’s are illiquid. The slippage of YFI’s ETH pair is in line with LEND, but its stablecoin pairs are much lower.

“$YFI may be ripping right now, but it’s illiquid as hell as very little of the supply is available on exchanges. Try selling even 100K and you’ll tank the price by 3%. For comparison, the slippage on selling $100K worth $LEND (another DeFi coin with similar mcap) is 0.2%. I only checked stablecoin pairs, not expecting that $YFI’s most liquid pair would be ETH. Slippage on YFI/ETH is substantially lower, in line with $LEND.”